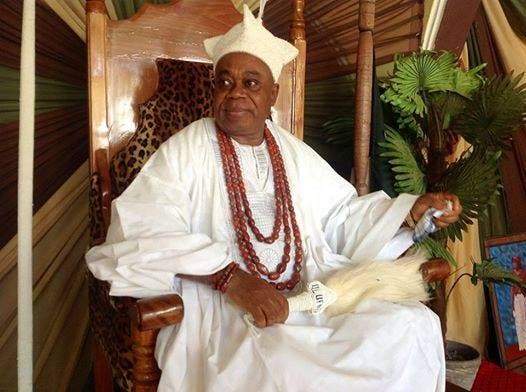 The traditional ruler, who was returning to Ifon from Akure after a meeting, ran into the barricade of the kidnappers along Elegbeka area when the incident happened.

Sources say his driver attempted to maneuver his way to avoid the kidnappers when they shot at his vehicle.

Oba Adeusi was said to have been hit with bullets and was rushed to the Federal Medical Centre, Owo, where he was confirmed dead.

The state governor, Mr. Rotimi Akeredolu, who was informed about the incident, rushed to the hospital where the monarch was confirmed dead.

He said the governor suspended all activities and travelled to Ifon when the incident was reported to him.

The state Police Public Relation Officer (PPRO), Tee-Leo Ikoro, said the command had been trying to get in touch with the Divisional Police Officer in the area to confirm the incident.