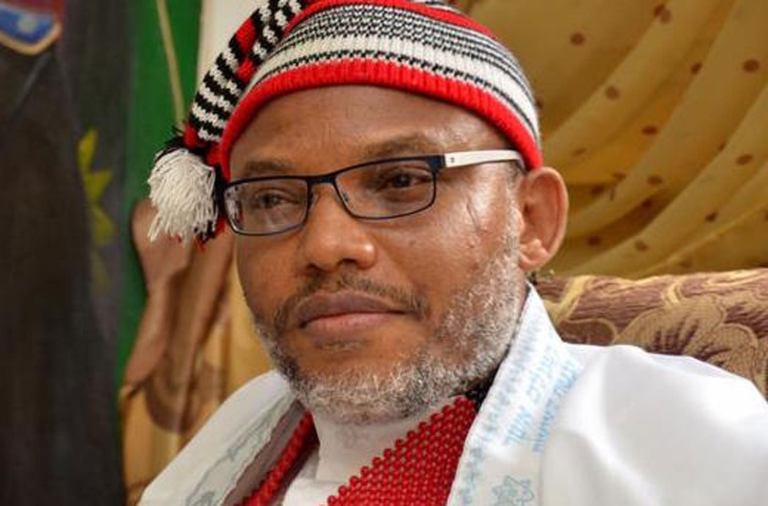 A federal high court will on Thursday, November 26 begin the trial of absconded leader of the Indigenous People of Biafra (IPOB) Nnamdi Kanu.

The court served the hearing notice and disclosed that five prosecution witnesses will testify against Kanu on Wednesday.

The IPOB leader was first arrested in October 2015, prompting a wave of protests in the southeast and a crackdown by the police and military.

Kanu was then charged to court on offences bordering treasonable felony for reviving separatist sentiment in the Igbo-dominated southeast region of Nigeria with his IPOB.

He was then granted bail in April 2017 for health reasons.

However, the former London estate agent has not been seen since soldiers raided his house in the Abia state capital, Umuahia, following a crackdown on his supporters in September 2017.

Kanu was not in court at the resumed hearing of the case in October, leading to an adjournment.

Following his abscondment, Kanu said the solution to their problem is referendum. “They gave me conditional bail to cage me and IPOB but I refused,” he had said during a broadcast.

He also said the arrest warrant against him means nothing and vowed to remain abroad to continue his campaign for a Biafran republic in the south-east.

“The bench warrant against me is merely academic. It will surely be ignored by an international legal and diplomatic order that has voiced its disapproval of what is happening to IPOB in Nigeria,” he had said.

“Self determination is not a crime but a right guaranteed under chapter A9, Laws of Federation of Nigeria, 2004. So, what is Justice Binta Nyako seeking my arrest and trial for unless she has no intention of obeying the laws of the Federal Republic of Nigeria which gives me the right to openly agitate for Biafra?” He further said.

Soldiers brutalise man in Asaba, tell him to ‘go and die’ in viral video