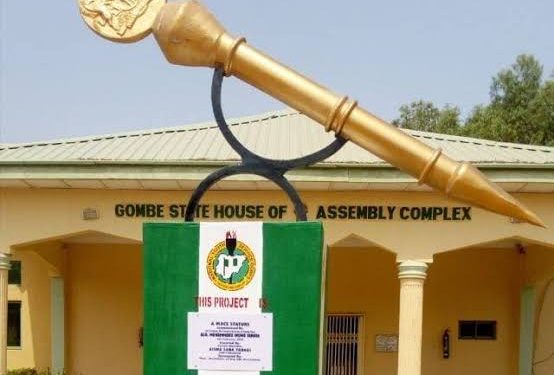 The Speaker of Gombe State House of Assembly, Hon Abubakar Sadiq Kurba has been impeached by sixteen (16) out of twenty four (24) members of the house. Subsequently, Honorable Abubakar Muhammad Luggerewo representing Akko Central has emerged the new speaker of the house.

The deputy speaker and majority leader have also been removed.

Addressing newsmen the chief whip of the House, Mr. Musa Buba of Balanga North explained that the Kurba was impeached following a vote of no confidence passed on him by members of the House.

According to Musa Buba, the decision to impeach Ibrahim Abubakar was a collective decision.

“Our former speaker has been constantly going against the rules and guidelines of the House, so a vote of no confidence was passed and the House resolved that impeaching was the best,” Musa Buba said.

“We lost confidence in his leadership; as a house, we are at liberty to change leadership.” he said