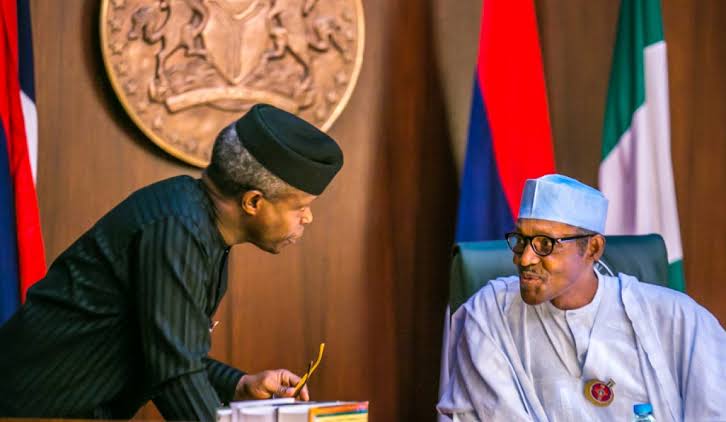 The Federal Government has disclosed plans to exempt minimum wage earners from the payment of Personal Income Tax.

Those that are expected to benefit from his exemeption are workers that are earning the current minimum wage of N30,000 monthly.

He said the exemption had already been provided for in the Finance Bill which had been sent to the National Assembly for legislative scrutiny.

The VP said the exemption was part of measures aimed at stimulating the economy and reducing the burden of hardship caused by the persistent rise in the prices of goods and services on Nigerians.

Osinbajo also said the government had made provisions for reduction in duties on tractors, motor vehicles for the transportation of goods and persons.

He also said provision has been made for exemption of small companies from payment of education tax under the Tertiary Education Trust fund for companies with less than N25m turnover.

As part of measures to stimulate productivity, the VP told the gathering that a proposal is being made for a 50 per cent reduction in minimum tax; from 0.5 per cent to 0.25 per cent for gross turnover for financial years ending between January 1st, 2020 and December 31st, 2021.

He added that there are plans also to grant tax relief to companies that donated to the COVID-19 relief fund under the private sector coalition.

He said, “These provisions which complement the tax breaks given to small businesses last year will not only further stimulate the economy but are also a fulfilment of promises made to take steps to help reduce the cost of transportation and the impact of inflation on ordinary Nigerians.

“There is a speedy pathway out of the current recession if we quicken the implementation of the economic sustainability plan. In addition with what we have done for MSMEs, the increased jobs and local production from agriculture, housing and solar installations will serve to further boost the economy.

“These programmes will further improve sectors that are performing well such as telecommunications and information services which grew by 17.3% in the 3rd quarter and the finance and insurance sector, agriculture, and construction.

“Of course, an improvement in global economic conditions including the restoration of global supply chains and resumption of exports and remittances should enable a V-shaped recovery.”

VP Osinbajo called on the private sector to complement these efforts by making maximum use of the provisions of the Economic Sustainability Plan and the Finance Bill when it is passed by the National Assembly and also by retaining and creating jobs so as to keep people at work.

He added, “It is important for the private sector to play a key role as we work together to identify national priorities and try to influence our future national trajectory.”

Related Topics:OsinbajoMinimum Wage
Up Next