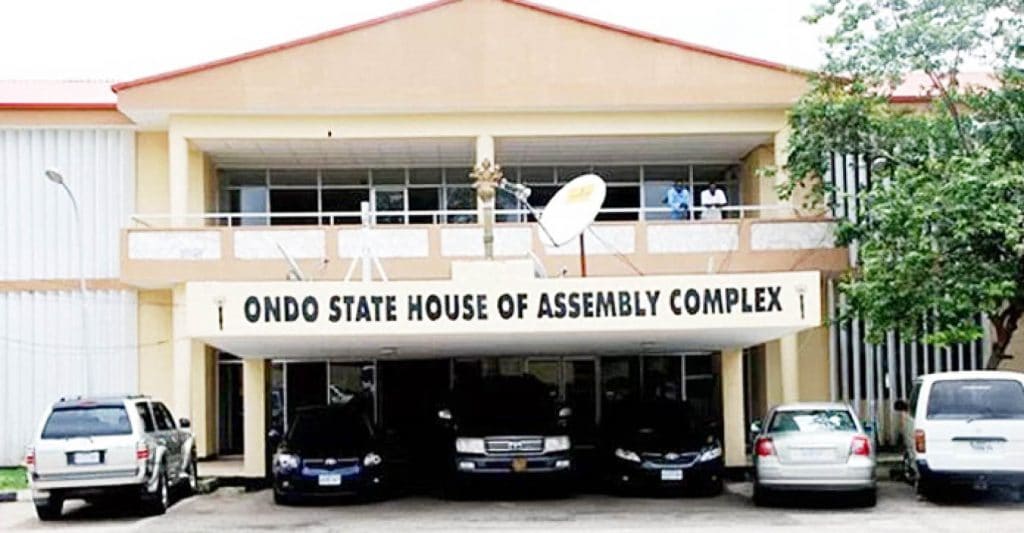 There was mild drama at the Ondo State House of Assembly on Thursday following the refusal of the leadership of the Assembly to allow four lawmakers to resume legislative duties despite court rulings.

On Wednesday, the Court of Appeal sitting in Akure had dismissed the stay of execution suit filed by the Ondo State House of Assembly against the judgement of the High Court, reinstating the Deputy Speaker, Iroju Ogundeji and two suspended lawmakers (Hon. Wale Williams and Hon. Favour Tomomewo) as it described the suit as frivolous.

Recall that on November 5, 2020, an Ondo State High Court sitting in Akure had quashed the indefinite suspension of the Deputy Minority Leader of Assembly, Tomide Akinribido.

However, the four lawmakers, on Thursday were prevented by security operatives at the gate of the Assembly from gaining entrance into the complex of the Assembly.