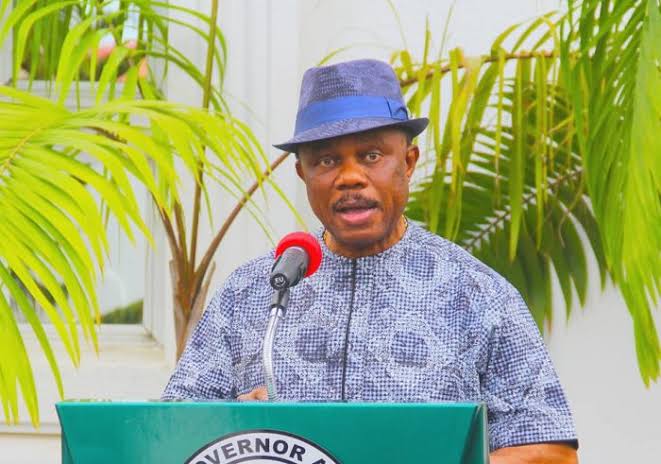 The Anambra state government has denied raising a N25billion bond from the Debt Management Office/Federal Ministry of Finance, Budget and Economic Planning for failed federal roads in Anambra State.

A statement allegedy made by Senator Patrick Ifeanyi Uba had claimed that the bond was approved without the knowledge of the National Assembly.

However, in a statement made available to journalists on Thursday, the state commissioner for information and public enlightenment, C. Don Adinuba, described the statement as ‘bizarre’, stating that, “We are not aware of anywhere in the world where a bond can be issued secretly.

Before a bond can be issued for a state government in Nigeria, the state House of Assembly, the Debt Management Office, the Federal Ministry of Finance, Budget and Economic Planning, the Central Bank of Nigeria and the Securities and Exchange Commission must be involved. Every bit of the transaction must not only be transparent, but also be public knowledge.”

According to him, the Anambra State government had not raised any money from the Debt Management Office or the Federal Ministry of Finance under a bond or any financial instrument from any institution or organization, adding that, “Our record of prudent financial management and integrity is well acknowledged far and near.

“It is tough to speculate how Ubah came about the phantom N25bn bond which Anambra State purportedly raised surreptitiously from the DMO/Federal Ministry of Finance.

The only thing that any individual can possibly think about is the promissory notes which the state government received in two tranches from the Debt Management Office/Federal Ministry of Finance for the rehabilitation and reconstruction of failed federal roads in the state.

“The promissory notes were never secret. The reimbursement was recommended by the Senate after a public hearing on the debts owed the state for the roads rehabilitation and reconstruction.

Given the fact that the Federal Ministry of Finance did not have the cash to settle the debts, it opted for promissory notes. The amounts and proceeds of the promissory notes are captured clearly in the Report of the Accountant General with Financial Statements for the year ended 31st December, 2019. Even the purposes to which the funds are deployed are stated clearly in the annual report.”

He further said that the state government, under Obiano, ‘is regarded as a model in governance’, noting that, “Despite limited resources, it is ahead of every other state in Nigeria in a lot of areas, including the employment rate, which many economists in the world regard as the most important indicator of economic performance.

Related Topics:AnambraWillie Obiano
Up Next

“APC has come to stay, we are developing the country” -Kogi State Governor, Yahaya Bello

Just In: Another member of Governor Umahi’s cabinet resigns