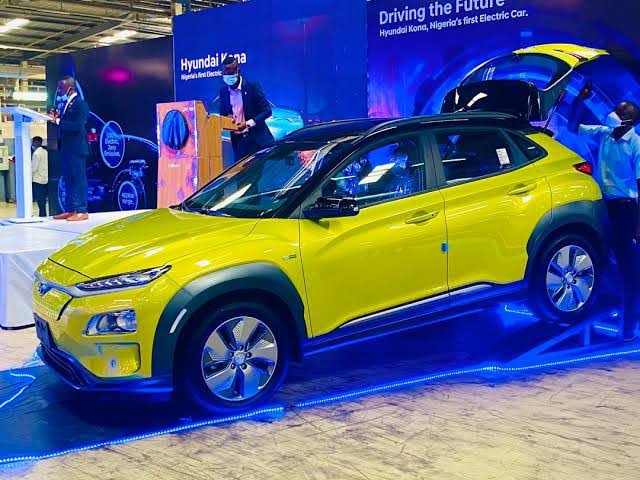 Lagos state governor, Babajide Sanwo-Olu has unveiled the first electric car to be assembled in Nigeria.

The electric car was assembled by the Stallion Group Automobile Factory in Ojo, Lagos.

The Governor’s Chief Press Secretary, Gboyega Akosile on Friday announced this when he tweeted a video of the unveiling event.

Akosile said that Lagosians and Nigerians can now drive electric, adding  that Lagos “remains the hub for the nation’s economy, a pacesetter in industrialisation.”

He tweeted through his Twitter handle @gboyegaakosile1, “Lagos State Governor @jidesanwoolu unveiled the first electric car to be assembled in Nigeria. Lagosians and indeed Nigerians can now drive electric cars. Lagos remains the hub for the nation’s economy, a pace setter in industrialisation. A home for meaningful development.”

Sanwo-Olu said at the unveiling in Lagos that the electric car was technology on display.

“The future that we see is the future of technology and this is the technology that we are talking about.

“This is 21st Century technology that has been brought into our country.

“All the issues and fights that we are having about prices of petroleum going up and the rest of it will be a thing of the past.

“This is a way to go, and it is the future that we are seeing now.

“This is the first electric car that we are seeing and we as the government need to partner with them,” he said.

Sanwo-Olu said there was the need to create an enabling environment for the company to do well, so that it could employ a lot more youths.

The governor said that with the unveiling of the Hyundai Kona electric car, youths would be employed and empowered for greater opportunities.

According to him, the state government will partner with Ibile Oil and Gas and other private organisations to create different charging points in the city, so that people will have where to charge the cars.

Related Topics:LagosElectric car
Up Next

Dangote, Sinotrucks and 36 other companies get three-year tax holiday