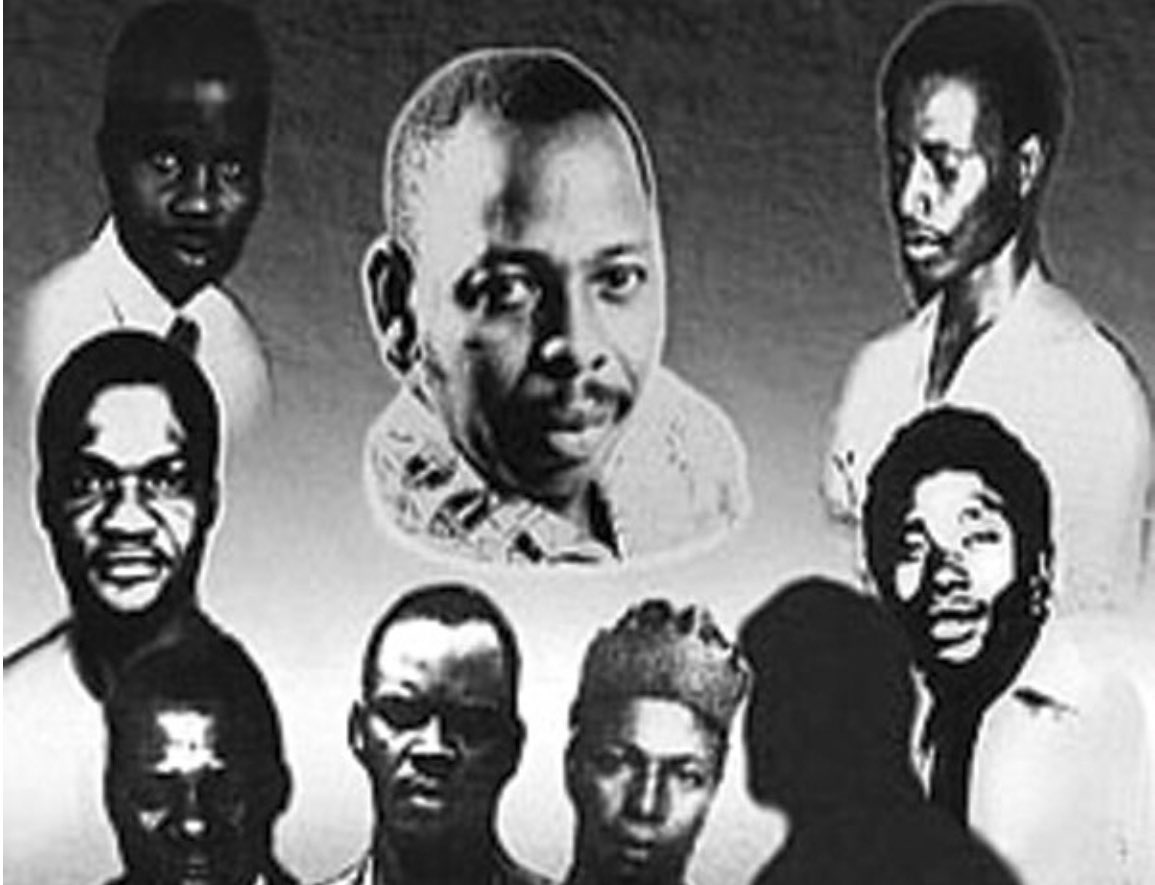 Ogoni 9: 25 years after, what next for the Niger Delta?

25 years ago on 10th November 1995 when the Nigerian government extrajudiciallly murdered 9 Ogoni environmental activists with the active support of the international oil company Shell, the cover story of the Sani Abacha government was that the 9 men —prominent of which was the author and playwright Ken Saro-Wiwa — were guilty of inciting the murder of 4 Ogoni Chiefs. The 9 men were never given the opportunity to appeal and their execution was carried out hastily, within 10 days of the military tribunal judgment.
The cover story of the Nigerian government propagated to the international community by the current Chief of Staff, Ibrahim Gambari, simply attempted to conceal the main reason for the murder of the Ogoni 9. The fact being that a government and an international oil company had conspired to kill Ken Saro-Wiwa and the budding environmental and economic movement championed by the Movement for the Survival of the Ogoni People (MOSOP), which he led, with an aim to prevent the growing consciousness he championed from spreading to other areas of the Niger Delta where oil companies had been operating disastrously in connivance with the national government for over 30 years.

The agitations of Ken Saro Wiwa and MOSOP for the Ogoni people revolved around key themes of environmental justice, and economic and political autonomy for the people, which were outlined in the Ogoni Bill of Rights presented to the government in 1990. The failure of the government in killing the growing consciousness of the Niger Delta peoples is clearly visible in the number of Charters, Declarations, Bills of Rights, and similar documents that emanated from the region in less than 5 years after the murder of the Ogoni 9. In Ken’s final statement to the tribunal, he had urged all Niger Deltans to stand up and fight for their rights, a call largely heeded. The Kaiama Declaration, the Akalaka Declaration, the Ikwerre Youth Charter, the Egi Charter, the Oron Bill of Rights, the Urhobo Economic Summit etc are all a testament to this fact. All with core themes of economic, political, and environmental justice. Nonetheless, all these demands, including those in the Ogoni Bill of Rights, have not come to fruition for the ethnic nationalities of the Niger Delta 25 years after the death of the Ogoni 9.

The very issues which the men fought against and for, and were subsequently killed for, continue to pervade the Niger Delta region. Today, the environmental degradation of the region continues unabated. In 2020 alone there have been numerous incidents bothering on environmental genocide in the region; between February and May thousands of dead fishes washed ashore coastal communities in the region, disrupting economic life and rendering millions of coastal residents without their main source of food. In Angiama community in May, community sources claim at least 40,000 barrels of oil were spilled into the environment by a Shell pipeline too old to be in operation, a claim Shell continues to deny. In Bonny, the authorities have tried to hide the deaths of many as a result of gas production activities in the area.
There has also been violent attacks like In Omoku in August, where the international oil company, Agip, procured the services of the Nigerian army to attack peaceful demonstrators calling for the company to sign a memorandum of understanding it has failed to sign for over 10 years. The attack by the army in Omoku has left hundreds traumatised and others injured and needing medical attention.

In the 25 year period after the murder of the Ogoni 9, the Nigerian government has put in place legalities and policies to ensure the economic and political subjugation of the Niger Delta peoples and region, the expropriation of the land and resources of our people, and the pillaging and plundering of same without conscience. The main legal construct that has made this possible is the 1999 Nigeria Constitution which was created by Decree and without the support of the Niger Delta people and a majority of Nigerians.
Recently, to add salt to injury, the Nigerian government with an initiative it named the Presidential Artisanal Gold Mining Initiative (PAGMI), granted Northern Nigerian states economic control of their gold resources. Not only is the initiative an attempt to circumvent existing laws around resource ownership and exploitation in a way that ensures that Northern Nigeria can control its mineral resources, while the Niger Delta is blatantly denied those rights, the head of the initiative is Ibrahim Gambari, the same man who led the Sani Abacha government propaganda referring to Ken Saro-Wiwa and 8 Ogonis as “Common criminals” for asking for similar rights now enjoyed by Northern Nigeria.

It is as such instructive to note that, while PAGMI was being created to circumvent Nigerian laws to benefit Northern Nigeria, the Department for Petroleum Resources was informing the world that there were oil wells in the Niger Delta it wanted to sell. And it has gone on to auction them against the wishes of the region and its people.
The Nigerian state has not stopped there.
The recent water resource Bill at the National Assembly meant to take control of the water resources of the people of the Niger Delta is one of such legislative moves currently being made to complete the subjugation of the region.

If allowed to succeed, the Niger Delta people would have lost ownership of their land and water resources all within the past five decades.
This continued brazen aggression against the Niger Delta calls for reflection on the fact that the hopes and aspirations of the people appear elusive and new methods must be developed and deployed to not just raise the hopes of the people but to ensure that the aspirations of the people as contained in the various declarations and bills of rights are met in the shortest possible time. In doing this, two things must be understood; that the 1999 Constitution remains the greatest threat to the continued survival and development of the Niger Delta peoples, and secondly, that the only way this elephantine looking obstacle deftly positioned to disrupt the peoples struggle for justice can be surmounted, and victory achieved, is in the uniting or harmonisation of the Niger Delta struggle. The issues facing the Ogoni are not entirely different from those facing the Ijaw, Urhobo, Itsekiri, Ikwerre, Ibeno, Oron, Etsako, Isoko, Boki, or even the now internally displaced people of Bakassi. The issues all revolve around economic, political, and environmental injustice at varrying degrees. It is therefore in the best interest of the ethnic nationalities of the Niger Delta to forge a common front as a means to advancing our collective struggle and achieving justice, considering the size and resources of those who seek and exist to exploit us.
The issues that stare us in the face 25 years after the murder of Ken Saro Wiwa and 8 others have metamorphosed and gotten worse.
The urgency remains the same nonetheless.

Today life expectancy in the Niger Delta is 41. Unemployment and underemployment stands at over five million — the highest in the country — according to the NBS. It is important to point that the population of unemployed and underemployed Niger Deltans is equivalent to the combined population of Uruguay, Equatorial Guinea, and Iceland. Poverty and misery are at every turn. The underdevelopment of the Niger Delta in general is near complete under this present constitution.
The 25th Memorial of the Ogoni 9 therefore provides an opportunity not just to remember the atrocities of the Nigerian state against this region, but also to reevaluate our continued existence within the current operable system and constitution and determine the actions we must take as a people to ensure our continued survival. No matter what, the solution to the problems of the Niger Delta, I strongly believe, lies in its uniting around a common cause; economic, political and environmental justice being that cause.
Nubari Saatah is the Acting President of the Niger Delta Congress and writes from Port Harcourt. Follow on Twitter @saatah