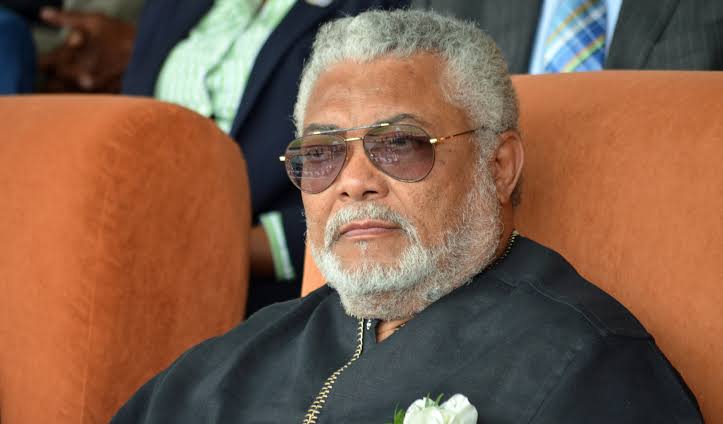 Mr Rawlings had been on admission at Korle Bu for about a week for an undisclosed ailment.

It will be recalled that Mr Rawlings recently lost and buried his mother last month.

Jerry John Rawlings was born in Accra on 22nd June 1947, to a Ghanaian mother from Dzelukope, near Keta, in the Volta Region, and a Scottish father.

He was educated at Achimota School where he obtained his General Certificate of Education ‘O’ Level in 1966.

He enlisted as a Flight Cadet in the Ghana Air Force in August 1967, and was subsequently selected for officer cadet training at the Ghana Military Academy and Training School, Teshie, in Accra.

In March 1968, he was posted to Takoradi in the Western Region to continue his course.

He passed out in January 1969, as a commissioned Pilot Officer. He won the coveted “Speed Bird Trophy” as the best cadet in flying and airmanship.

He earned the rank of Flight-Lieutenant in April 1978. He was an efficient officer with a close rapport with his men.

He formed the National Democratic Congress, which contested and won the 1992 Presidential and Parliamentary elections. He and the party again won the 1996 elections.

He was the joint recipient of the 1993 World Hunger Prize. He holds an Honorary Doctor of Law Degree from Medgar Evers College, City University of New York and Lincoln University Doctorate Degree for Diplomacy and Development.