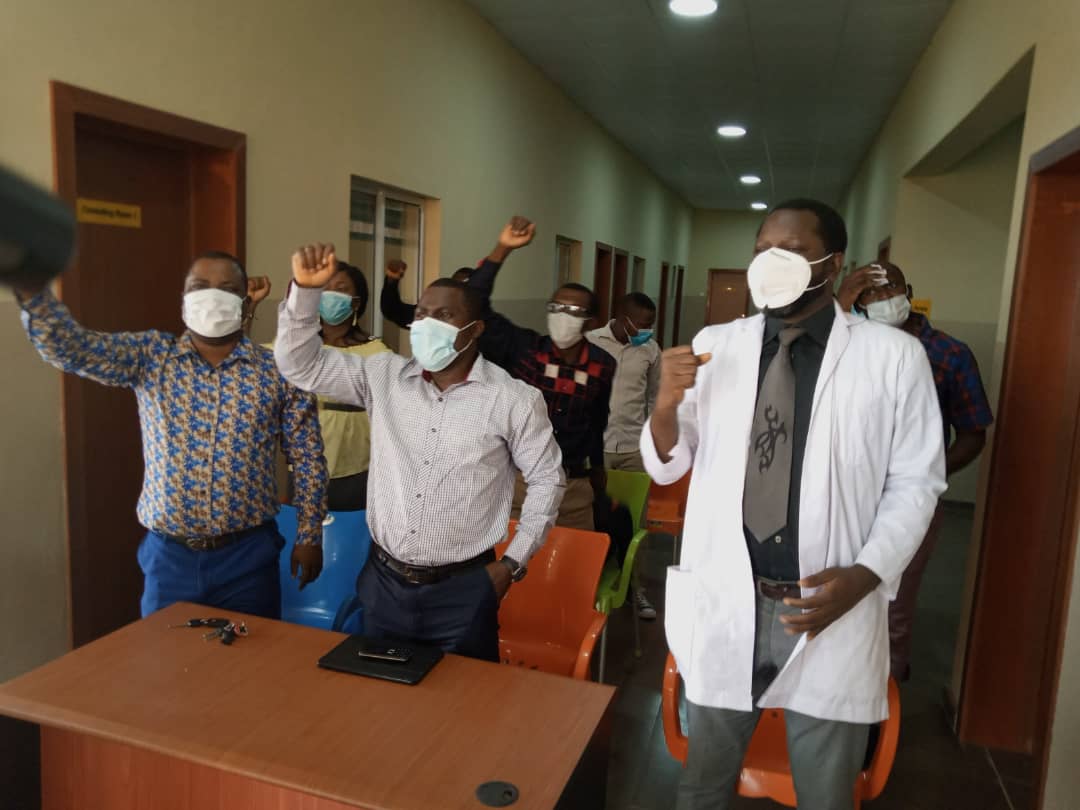 Doctors in Ondo State under the auspices of the National Association of Resident Doctors, the University of Medical Sciences Teaching Hospital, Ondo, chapter, on Monday, began an indefinite strike over unpaid salaries and other allowances.

The doctors, who had earlier gone on a week warning strike last week alleged that the government remained adamant about not responding to their demands, hence the declaration of the indefinite strike.

Speaking on the development, the Acting President of the National Association of Resident Doctors, UNIMEDTH Ondo, Dr Sanni Oriyomi, said his members could no longer work without being paid.

Oriyomi claimed that the government was still owing them four and a half months salaries, COVID-19 allowance, and other entitlements.

Related Topics:strikeResident Doctors of Nigeria
Up Next