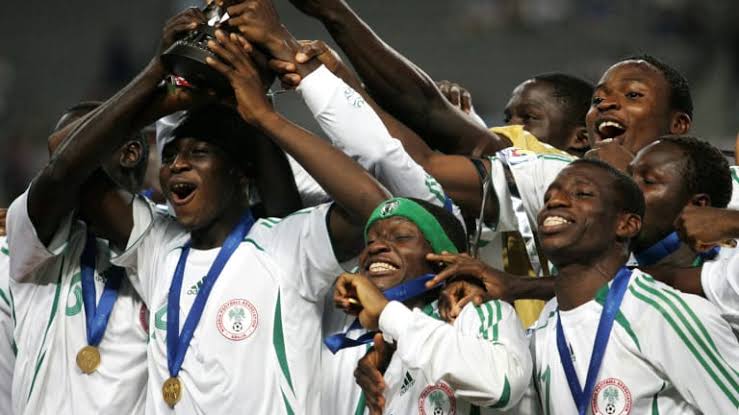 The FIFA U-17 World Cup-winning Golden Eaglets’ squad of 2013 has appealed to Governor Professor Ben Ayade to redeem the state government’s pledge of a house gifts to players and officials of the team.

Governor Ayade’s predecessor, Senator Liyel Imoke, during the State’s banquet for the team at Government House in Calabar on Saturday 15th November 2013, had promised the house gifts to the 21 players and 10 officials, adding the houses would be located in the State’s new housing estate in Akpabuyo Local Government Area.

The promise was made when the Under-17 team beat their Mexico counterparts in final of the 2013 FIFA Under -17 World Cup UAE 2013. They claimed the title and thus made history as the most successful nation in the Under-17 Category.

“Frankly, it’s unbelievable that we are yet to be given these houses almost 10 years after we won the FIFA U-17 World Cup and celebrated by everybody,” explained a crestfallen coach Garba.

He added: “In fact, we were most impressed when Senator Imoke said in the presence of the then Minister of Youth and Sports Development Mallam Bolaji Abdullahi; former NFF President Alhaji Aminu Maigari and members of his cabinet, that he preferred house gifts as a lasting legacy than monetary rewards; but it’s unfortunate that after all these years, we are still waiting for the houses to be delivered to the players and officials.”

Speaking in the same vein, the 2013 World Cup-winning captain, Musa Muhammed said he was tired of explaining to the players time and time again that the houses were yet to be given: “I don’t think a day has passed without one or two of the players asking me about our houses in Calabar but I want to use this opportunity to beg our father, Governor Ayade, for the house gifts for both the players and officials.”