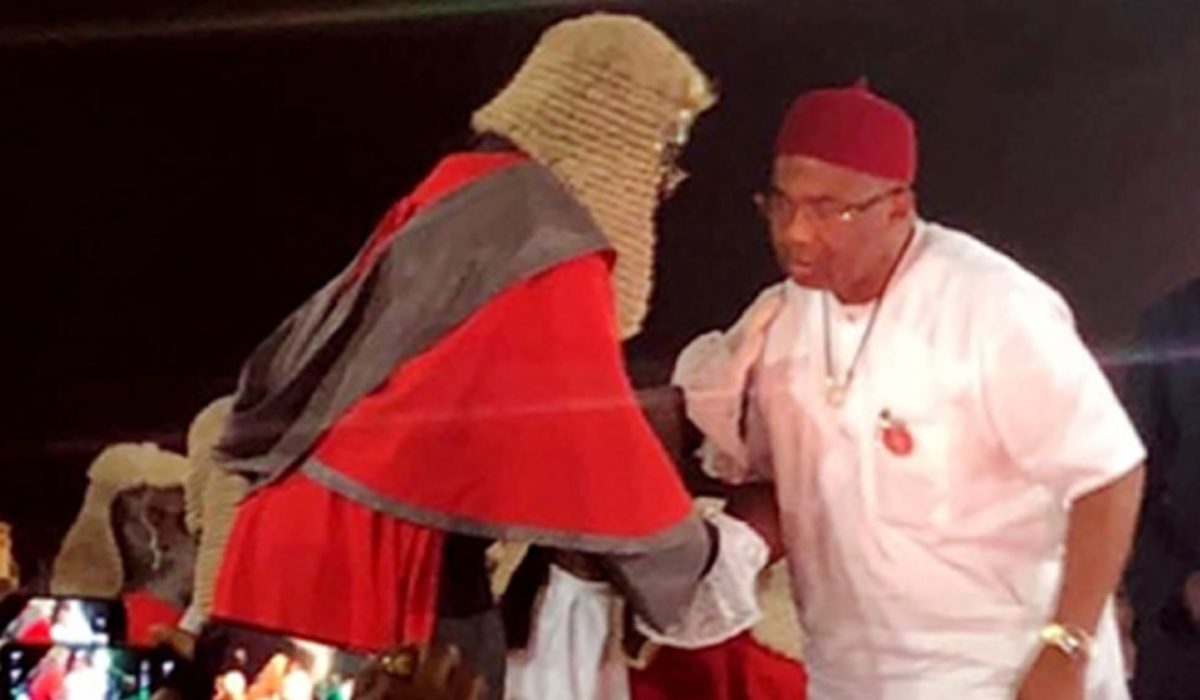 Hope Uzodinma, governor of Imo state, has expressed support for the move to regulate social media.

Many Nigerians have kicked against the planned regulation of social media, describing it as a breach of their rights to expression.

Already, a bill on the regulation is before the national assembly and has scaled second reading at the senate.

Speaking when he received Mohammed Adamu, inspector-general of police, in Owerri, capital of Imo, on Thursday, Uzodinma said he is strongly in support of the move.

The governor expressed worry that social media is “being used to cause trouble in the country”.

“I am strongly advocating that social media should be regulated in Nigeria,” he said.

“Opposition party incited hoodlums to cause trouble in Imo, because the real protesters went off the street after my address and assurances to them.”

On his part, Adamu said social media was the greatest weapon used to escalate the #EndSARS protest across Nigeria.

He advised Nigerians not to allow the country to pass through the experience it had during the protest in future.

“I can tell you that our men acted professionally during the protest, they had their guns, they were being killed, yet they respected human dignity,” Adamu said.

“I came specifically to visit vandalised property and to see the level of damage done to police facilities in Imo.’’

Adamu said he would also address key police officers to encourage and boost their morale which he said was low due to the protest.

He said he would strengthen community policing and partner with relevant parties in achieving the aim.

Adamu added that the visit was aimed at ascertaining the level of damage done to both public and private facilities during the peaceful EndSARS protest hijacked by hoodlums to loot and cause civil unrest in the society.

Cross River Government to spend N277.7 Billion in budget of ‘blush and bliss’