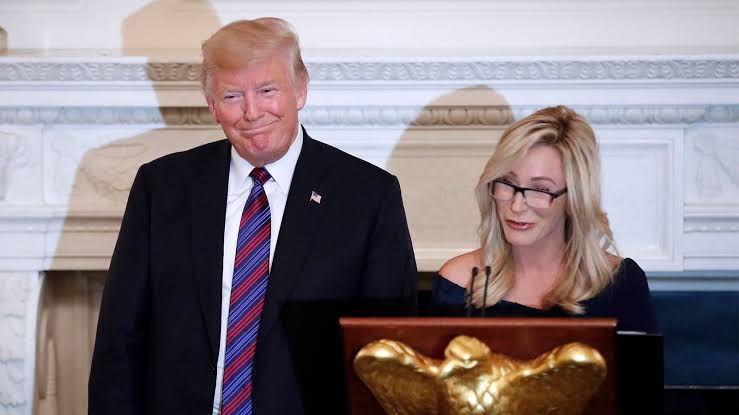 On Wednesday, Presidential spiritual advisor Paula White summoned angels from Africa and South America in a prayer service in an effort to secure Trump’s re-election in the ongoing United States election.

In the popular 3 minutes video shared, Paula White is seen praying passionately against “demonic confederacies” that are attempting to steal the election from President Donald Trump.

White’s video appears on the Twitter trend list today, Thursday and some Nigerians have taken the video as a source of bant  for some Nigerians partly because of the US visa ban on Nigeria and some other African countries.

One user tweeted, “Spoke to my angel buddies in Africa, they ‘re sitting this one out. (I think it’s cos they don’t have visa)

Another wrote, “Why are they calling our angels from Africa? What if anything happens suddenly and we need them?

This is unfair. We already have limited resources.”

Democrat Joe Biden is one state away from presidential victory after winning Michigan, placing him six electoral votes away from the needed 270.

He also won Wisconsin overnight. On election day, President Donald Trump won the battlegrounds of Florida, Ohio and Texas. The states of Georgia, Nevada, North Carolina and Pennsylvania are still in play, although Nevada will not report any votes until 3am, AEDT.

The Trump campaign has also demanded a recount in Wisconsin and filed lawsuits to halt counting in Georgia, Michigan and Pennsylvania after the President repeatedly claimed – without proof – that Biden’s gains were the result of electoral fraud.