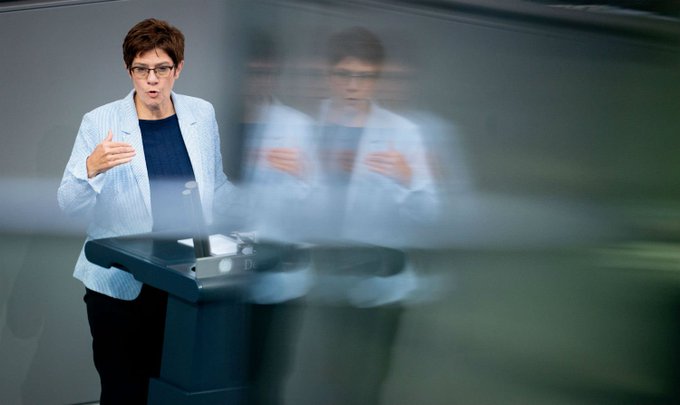 According to AFP, Kramp-Karrenbauer told public broadcaster ZDF “this election has not been decided… votes are still being counted”.

She said Trump could create “a constitutional crisis in the USA”, calling such a scenario “something that must deeply concern us”.

The minister, who is also head of Chancellor Angela Merkel’s Christian Democratic Union party, said it appeared “the battle over the legitimacy of the result, however, it turns out, has begun”.

She admitted that the German-US relationship had faced “a tough test in the past four years” with fierce Trump criticism of Berlin over trade and military spending.

However, she said, “This friendship is more than a question of which administration is currently in the White House.”

She dismissed calls in Germany to “decouple ourselves from the United States”.

But Kramp-Karrenbauer stressed that regardless of the ultimate outcome of the US vote, Europe would need to become more self-sufficient.

Nigerian-born Owolewa wins, to be elected as shadow US Rep