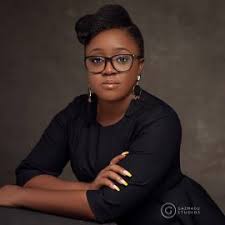 The Nigeria Immigration Service on Monday prevented a promoter of the #EndSARS movement, Modupe Odele, from travelling.

Odele, had through her Twitter handle, @Mochievous, offered free legal aid to persons who were unjustly arrested during the demonstrations.

Sources in Abuja tell NewsWireNGR that more members of the protest have been prevented from travelling abroad since last week across the country but details of the actual list of promoters is not known.

Thousands of Nigerians marched across cities to demand an end to the Special Anti-Robbery Squad, or SARS, a police unit accused of extrajudicial killings and abuses.

In a newsletter sent out on Monday, she confirmed she was on her way to the Maldives to celebrate her birthday when she was accosted by immigration officers.

She wrote, “For my birthday, I had planned a trip to the Maldives. It was really for a break as the events of the last three weeks have exhausted my mind and body in a way I have never been exhausted in my life.

“I went to the airport, passed through immigration, and while I was putting my bags through the body and baggage scanner, the immigration officer who had previously cleared me, called me back. He told me he had orders from above to detain me.

Odele said she was detained while her passport was seized by the officers and she was made to miss her flight.

She wrote that she would be returning there on Tuesday along with her lawyers.

Odele wrote, “Since the #EndSARS peaceful protests started in Nigeria about three weeks ago, I and some super courageous women have been providing support to Nigerians as they came out to peacefully exercise their constitutional rights.

“I was specifically in charge of legal aid and so co-led www.endsarslegalaid.co where we succeeded in helping over 80 peaceful protesters who were arrested get released. It was back-breaking and emotionally tasking work but the joy that the family expressed when being reunited with loved ones made it all worth it.

“I’m not a full-time activist or human rights attorney. I am a corporate lawyer at the moment so dealing with police stations isn’t my area of expertise. I did what needed to be done in the face of gross injustice and had the support of over 800 wonderful volunteer lawyers.”