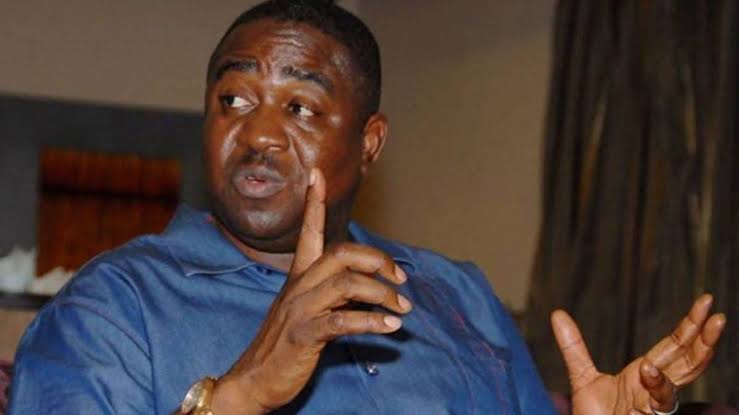 Mr Suswam was re-arraigned alongside the then Commissioner of Finance during his administration, Omadachi Okolobia, on 11-count charge bordering on money laundering.

The News Agency of Nigeria (NAN) reports that while Mr Suswam, who currently represents Benue North-East Senatorial District, is the 1st defendant, Okolobia is the 2nd defendant in the suit.

The duo were initially arraigned before Mr Mohammed in 2015 on a nine count before the case was transferred to Okon Abang of the same jurisdiction.

The defendants were being prosecuted on N3.1 billion money laundering charges.

The anti-graft agency had accused them of diverting the money which was said to be part of the proceeds of the sale of some shares of Benue in a company.

Mr Mohammed had recused himself twice from the case before a former Chief Judge of the Federal High Court, Adamu Kafarati.

Mr Mohammed withdrew from the case due to allegations from a publication that he received bribe in order to give Mr Suswam a “soft landing.”

The case was then reassigned to Mr Abang.

However, the Court of Appeal had, on Feb. 19, ordered that the case file with suit number: FHC/CR/ABJ/362/2015, involving Messrs Suswam and Okolobia, be returned to Mr Mohammed who started the case.

The development followed the defence counsel’s dissatisfaction with Mr Mohammed’s action, leading to the reassignment of the case to Mr Abang.

At the resumed hearing on Monday, EFCC Lawyer, Oluwaleke Atolagbe, told Mr Mohammed that the agency had an amended charge dated and filed on Oct. 15.

In the counts, Mr Okolobia was alleged to have accepted cash payments in the sum of N128 million, N100 million, N150 million and N200 million at different occasions from one Gera James, a non-financial institution, which were said to have exceeded the threshold authorised by law and contrary to the Money Laundromat Act.

They, however, pleaded not guilty to all the charges.

Mr Mohammed, who adjourned the matter until Dec. 15, ordered the prosecution counsel to transfer all the exhibits before Mr Abang to his court registry.

“I hereby directed the registry of the court to look at the proceedings of the court and mark accordingly,” he ruled.

I did not order the military into Oyigbo, says Governor Wike