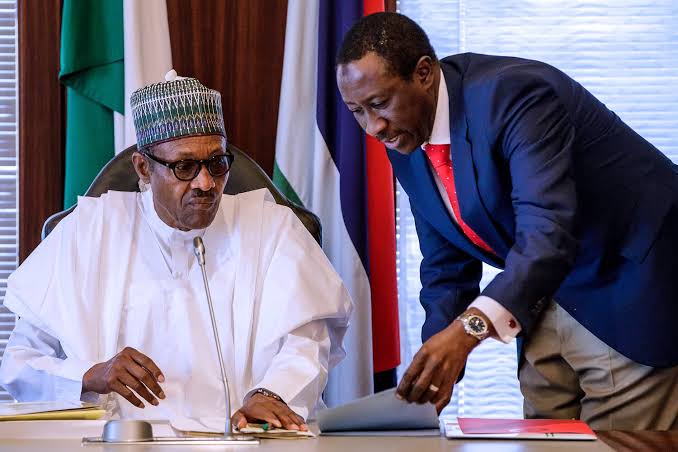 Monguno, who spoke at the multi-stakeholders workshop for the validation of the draft national cybersecurity policy and strategy 2020, organized by his office in Abuja on Wednesday, also attributed the rising cases of terrorism, fake news, and other criminal activities to the cyberspace.

The NSA boss further noted that the government has been proactive in developing policies that could check threats from the use of cyberspace, adding that his office inaugurated a multi-stakeholders committee on September 10, 2020, to review the NCPS 2014.

He explained that the review was to strengthen the existing cyber policy as stipulated that it should be reviewed every five years.

The NSA stated, “We are witnesses to the use of social media to disseminate subversive content to incite violence and heightened tension, causing unrest and sparking widespread looting and destruction across the country.”

He, however, noted that the sophistication of cyberspace comes with inherent challenges, saying “the threats posed by cyber terrorists, and the use of the internet has brought social media circulation of hate speech and seditious messages; it is almost impossible to overstate the challenges.”

While delivering his remarks, the Chief of Defense Staff, General Gabriel Olonisakin, who was represented by Air Vice-Marshal Charles Oghonwen, the Chief of Defence Policy and Plans at the Defence Headquarters, added that cyberspace was being used to facilitate various terrorist activities such as recruitment, training, propaganda, intelligence gathering and fundraising.

According to him, the cyberspace was the latest theatre of war after land, sea, and airspace “since it has no boundary and does not obey conditional rules of warfare.”

Niger State Government bans all protests and processions in the state