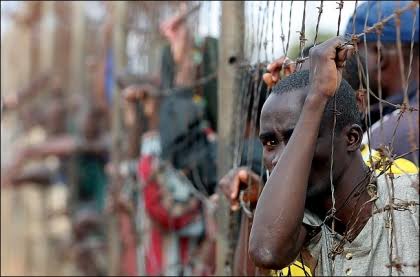 NewsWireNGR reported last week, that prisoners in detention broke out by jumping the fence following an early morning unrest caused by thugs that were said to have hijacked the ENDSARS protests.

Six of the escaped prisoners were rearrested for alleged armed robbery while one was arrested for attempting to kill the prosecution witness who testified against him in Court.

He said Henry Atadi, after escaping from the prison, snatched a Lexus car and was arrested at Okada with the car.

He said they were arrested with the buyers after selling the car.

However, some of those arrested for stealing palliatives denied the offence, saying they were arrested for violating curfew declared by the state.