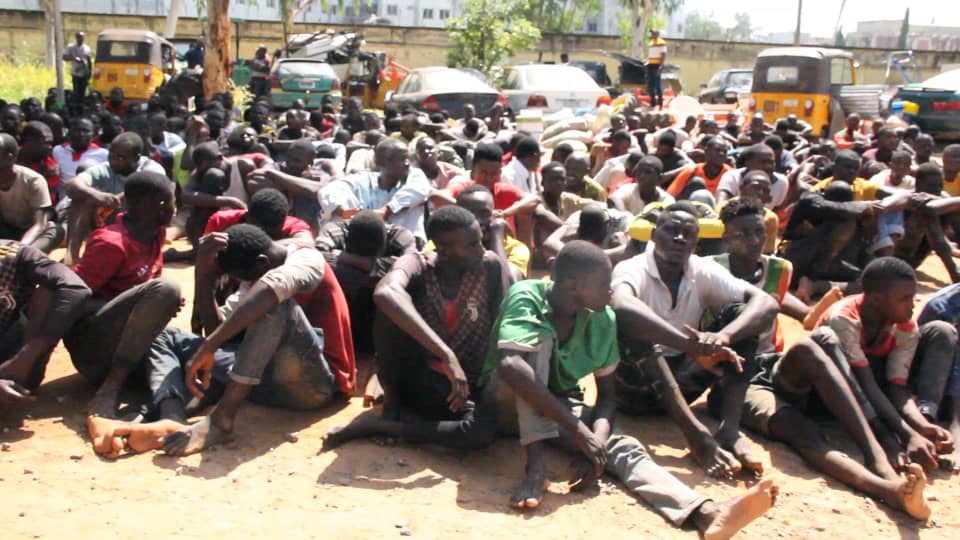 The Adamawa State Police Command has arrested 238 suspected hoodlums who vandalized and looted government and private warehouses in the state.

The command also recovered 35 tractors, nine vehicles, over 600 bags of fertilizer, 22 hand tractor hoes, 28 hand tractors, 18 bags of Maize among and many others.

Speaking with journalists during a briefing, the Adamawa State Police Commissioner, Mr Olubenga Adeyanju, attributed the successes recorded to the collaboration between the police and other security agencies in their resolve to reclaim the public space from the criminals elements, who had looted government and private warehouses.

“As I speak we have 238 males and females suspects, 184 apprehended for breaking and looting government, private and cooperate warehouses in the state while 54 were arrested for violating the curfew,” said Mr. Adeyaju.

He said the suspects would soon be prosecuted but called on the public in the state to report anyone they suspect to the nearest Police stations.

It will would be recalled that the hoodlums attacked both government ad private property, including the Primary and looted properties from the Offices of the Nigeria Customs Service, the Federal Road Safety Corps, the Primary Healthcare Development Agency, Nigeria Emergency Management Agency, the COVID-19 Isolation Centre.

The other non-governmental ad private property broke into are the are North East Commodity Association (NECAS) Kofare, public and private warehouses, Nyako Quarters, Upper Benue, Red Cross opposite office among other places.