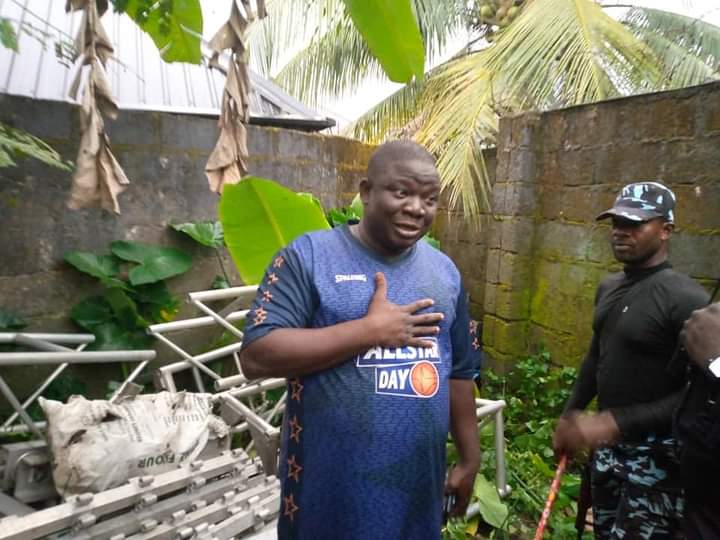 One Johnson Richard-Inem, has been arrested by men of the Cross River State Police Command for alledgedly being the brain behind the looting and vandalisation of the Calabar International Conference Center (CICC).

The Command also disclosed that items including chillers, over 1000 pieces of customised chairs, customised designer carpets amongst other items were recovered from him.

The State Commisioner of Police, Abdulkadir Jimoh, disclosed this to journalists on Monday, 26/10/2020 in Calabar, the Cross River State capital.

The CP revealed that Richard-Inem, who is an automobile mechanic, was arrested at Esuk Otu behind NTA Calabar with various items.

“We arrested the suspect based on actionable intelligence during the house to house search which started on Sunday in the state,” he said.

The CP also added that the state police command has arrested about 80 other suspects and recovered looted items from them.

Earlier in the day, Senator Ben Ayade, the State Governor while on an assessment tour to CICC said he was shocked by the amount of damage done to the building and that it will require about 5 billion naira to fix.

“It will take the state government N5 billion to bring back the Calabar International Conference Centre, the beauty of Cross River State,” Ayade had said.