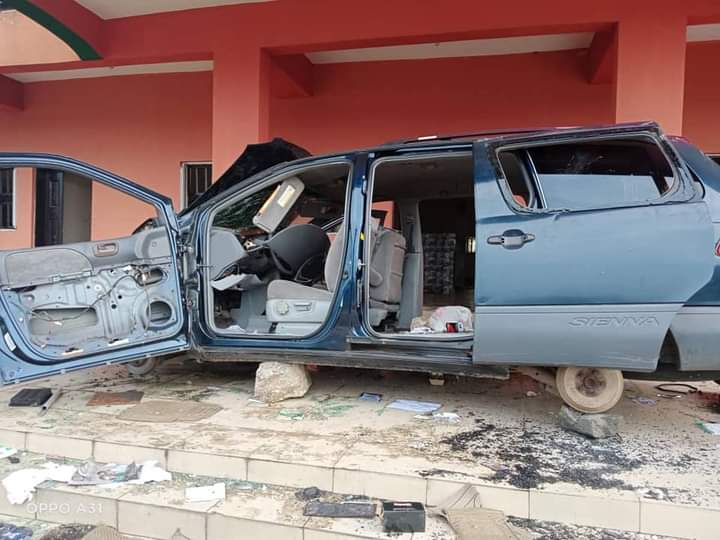 Also touched was the 8-mile branch of First Bank, Mayne Avenue Branch of Access bank, Valuemart supermarket belonging to Mrs. Obioma Imoke, wife of a former Governor of the state, Cross River Roll Back Malaria office, and the Atakpa Police station amongst others.

NewsWireNGR can also confirm that 2 persons (a man and a woman) were brought in dead to the Police Clinic after a mob broke into a warehouse belonging to the State Emergency Management Agency (SEMA).

An eyewitness at the scene said the woman died after bags of garri fell on her, and that the man died as a result of stampede.

Our reporter who went round the town, said the streets were deserted shops closed but that most of the phone shops along the popular Calabar road, around the popular Watt market had been looted.

The Cross River Governor, Sen. Ben Ayade had earlier in state broadcast pleaded with citizens, saying “if we destroy our own assets as a state with one of the lowest allocations in the country, we will not have the ability to rebuild.”

The Governor added that the state has learned it lessons and pleaded with the people to give it a chance to make amends.

Related Topics:INECNLCNDDCWAEC office
Up Next