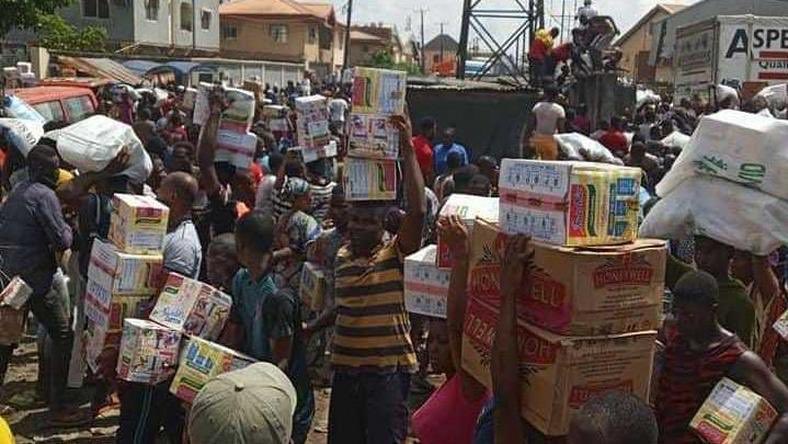 Afenifere and Ohaneze Ndigbo have called on thugs to cease the looting and destruction of properties in parts of the country.

The group condemned the wanton destruction of governments’ properties and looting of businesses of private individuals in states like Lagos, Kwara and Ondo states.

In a joint statement by Chief R. F Fasoranti, Afenifere leader; and Chief John Nnia Nwodo, Ohanaeze President-General, the groups also commiserated with the families of the victims of the Lekki killings that occurred on Tuesday night.

The groups, however, noted that the fallout of the peaceful protests was the process being hijacked by thugs to engage in looting and burning of properties.

“One fallout of the massacre was the looting and burning spree all over the city.

“We have also noted the divisive attempt to use the violence to put a wedge between Yoruba and Igbo and destroy the new understanding we have built in the last three years.

“We reject this devilish attempt and ask the police to investigate and arraign suspected perpetrators of the violence. The essence of law and order is for individual citizens to answer for their actions.

“It is where law enforcement is weak that you begin to cast ethnic slur when crimes are committed instead of holding the perpetrators,” the groups said.

Related Topics:LagosKwaraOndo States
Up Next