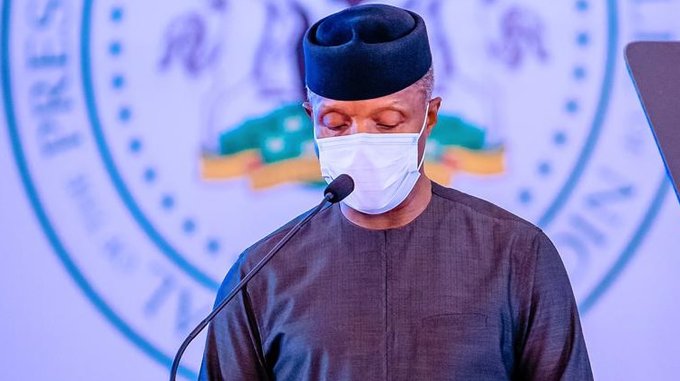 In December 2019, I pleaded with you to end the climate of tyranny in Nigeria as manifested
by the illegal detention of Omoyele Sowore and other prisoners of conscience.

For the second time in less than a year, my conscience has compelled me to write another open letter to you because Nigerians are in pain due to your government’s brutal response to the EndSars protest which led to the death of many Nigerians.

Le Prof, it is well documented that you are a man of letters. While you were at Igbobi College, you won the school prize for English Oratory, English Literature and the African Statesman Intercollegiate Best Speaker’s Prize. You are also the author of numerous publications.

So it would not be presumptuous of me to assume that you are familiar with Hans Christian Anderson’s 1837 fable – The Emperor’s New Clothes.

As the story goes, an Emperor of a particular city was preoccupied with his appearance and his wardrobe. Two dubious tailors came into the city and informed the Emperor that they could make unique clothes that would be invisible to foolish people. The Emperor sent his advisers to check on the progress of the cloth manufacture.

The advisers couldn’t see the clothes, however, in order not to be called stupid; they lied to the king that the attire was majestic. Eventually, the tailors presented the “invisible cloth” to the king, who also couldn’t
see anything. He took off his clothes, put on the invisible clothes and walked on the streets naked as prove that he was not foolish. Eventually, a child saw through the deception and shouted out, “The Emperor Has No Clothes.”

This story is apt for the crisis currently plaguing our country. President Muhammadu Buhari behaves like a 21st century Emperor, who rules over the 200 million people living in the 923,768 square kilometres of the geographic expression called Nigeria. Even though Nigeria is called a democracy, President Buhari rules by decrees.

His government (of which you are a part) brutally deals with anyone that challenges or critics it. IPOB protesters, Shite protester and now #EndSars protesters have been left dead and bloodied on the streets of Aba, Abuja and Lekki respectively.

Like the Emperor in the story, President Buhari has a retinue of advisers. According to Premium Times, as at June 2020, the Presidency had 206 advisers including ministers, special advisers, senior special assistants and special assistants. One would have expected that with these numbers of advisers, the President would be advised to tone down on his repression, suppression and oppression of the Nigerian masses.

However, all of you refrain from speaking truth to power; instead, you tell the President, “Magnificent. Just look, Your Majesty, Nigeria, is thriving under your reign.”

Le Prof, don’t you think it is high time you break the mould and let Emperor Buhari know that he has no clothes? In the original version, it was a little child who told the Emperor the truth.

It is not only President Buhari, who has been tricked into “wearing no clothes.” To some extent, you have also fallen for the same scam. Like the Emperor, you are also particular about your appearance. You take your image seriously.

Photographers Tolani Alli and Bayo Omoboriowo are doing a great job in projecting an image of a cerebral and humane Vice President. We are used to seeing pictures of you in front of a 21.5-inch Apple iMac, of you hugging a smiling fan; of you carrying a little boy and of you listening to a child in a classroom.

A recent image, which you posted on Twitter on 16 October 2020, is worth exploring. In the photo, you are backing the camera and holding a tablet with three printed articles relating to the #EndSars protest, which are scattered on your table.

You wrote, “We will continue to update and engage with you all on these action steps and the ones to come, in the spirit of transparency, so that you can hold us accountable. We are, after all, here to serve you and we owe you a duty to win back your trust. Keep safe. God bless you. – YO.”

Kudos to your photographers because the image generated 4,000 retweets, 3,200 quote tweets and 10,100 likes. But if you had taken time to read the reply to your tweet, you would have realised that many Nigerians are not happy with you. Here are two responses: “As a good citizen my Prof, May I assist you with these pictures, these are the exact pictures
u really need right now, Let me spare you the stress and data…..Those people u are seeing are ALL DEAD Via SARS/POLICE BRUTALITY.

They have Parent(s), U Are a Parent too,
think twice Prof.”
“U can’t get our trust again.. u failed us, sir! #EndSARS”

As a suggestion, instead of stage-managing a photoshoot Le Prof, perhaps, you could deploy
one of your photographers to walk the nook and cranny of Nigeria to capture images of Nigerians killed by the police and military.

Please permit me to role-play the little child in Hans Christian Anderson’s by letting you know what Nigerians really think of you and your government. Many see the present government as a regime where dissent is squashed by any means necessary. Many see you as a product placement put in power to give this regime a veneer of legitimacy.

Many see you as a lame-duck Vice President who the President has stripped of his political manhood.
In response to the protest, we have seen the words law and order dripping from the lips of government officials.

With 2023 around the corner, some people are campaigning for you to take hold of the reins of power in three years time. Perhaps, playing it safe by refraining from telling the Emperor that he has no clothes might improve your chances, but let me remind you that the history books are full of the dashed hopes of those who turned a blind eye to Mother Justice.

Finally, Le Prof, it is time to burst the bubble of pretence and let the Emperor know he has no
clothes.