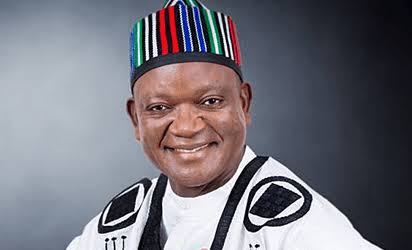 The Governor of Benue State, Samuel Ortom says “the #EndSARS protest should continue without violence  until leaders correct decades  of wrongs  in Nigeria”.

The Governor said this while speaking to journalists at the Government House, Makurdi on Monday.

Ortom stated that as a son of an ex-policeman, he had long observed that policemen are not properly funded.

“The police should be well funded, trained and equip to so as to perform their constitutional duty of protecting lives and properties,” said Ortom.

He added: ” I will join the protest if my people called on me to do so.”

According to Ortom, the protest was not only about end SARS alone,  but impunity occasion by attacked and killings by herdsmen of harmless farmers without effort by the Federal Government to bring the perpetrators  to justice.

#EndSARS: You have made your point, please call off the protest; Tinubu begs