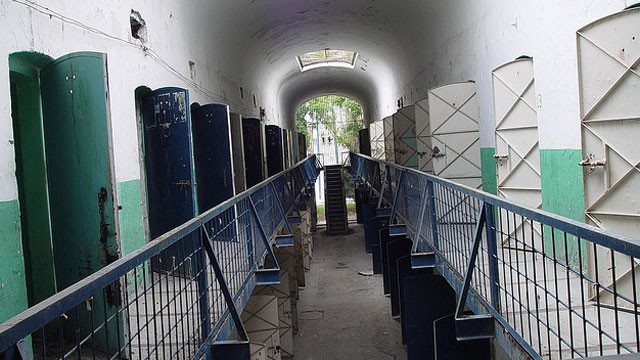 According to Prison Insider, “At least three-quarters of Nigeria’s total prison population are inmates serving time without being sentenced, the Nigerian Correctional Service had said. – The head of the agency, Ja’afaru Ahmed was quoted to have said, 51,983 inmates are awaiting trial out of the prison’s total population of 73, 726 inmates. That is about 70 per cent of the total”.

The Special Adviser to Governor Godwin Obaseki on Media, Crusoe Osagie, told Channels Television that the hoodlums exchanged fire with security operatives at the Maximum prison in Benin City.

“The hoodlums are currently exchanging fire with the security personnel at the Maximum security prison in Oko, Benin City,” Osagie told Channels Television.

The hoodlums can be seen in videos invading the Benin Medium security prison on Sapele Road, releasing some inmates.

Three police stations were reported to have been burnt by the hoodlums.

Some of the police stations affected include the Ugbekun and Idogbo Police Stations in Ikpoba Okha Local Government Area of the state.

The #EndSARS protests calling for an end to police brutality; extrajudicial killings and scrapping of the Special Anti-Robbery Squad (SARS) – a unit of the police force notorious for human rights abuse –  have continued for over 12 days.

Related Topics:Police Brutality
Up Next