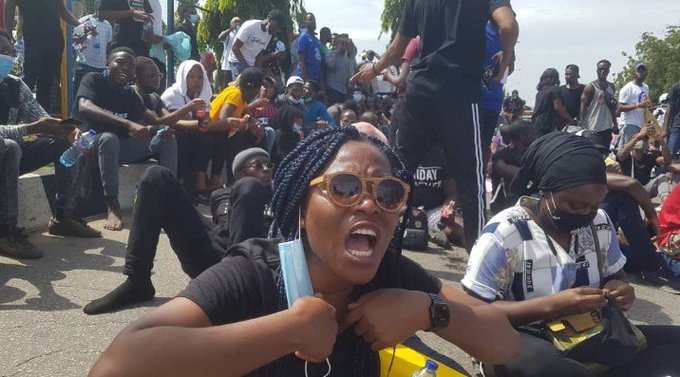 Some of the persons protesting against police brutality in Edo state lost their lives during an attack by hoodlums.

Thousands of Nigerians marched in Lagos and other cities Monday to demand an end to the Special Anti-Robbery Squad, or SARS, a police unit accused of extrajudicial killings and abuses. The government announced Sunday the unit will be disbanded, but many Nigerians are skeptical, as officials have promised an end to the unit and its alleged abuses before.

On Friday morning, protesters hit the streets of Benin, capital of Edo, to demand an end to police brutality.

However, they were attacked by suspected hoodlums according to state Governor, Godwin Obaseki.

He said some persons lost their lives in the incident, “I have just learnt that hoodlums have attacked #ENDSARS protesters, who have conducted themselves peacefully in Benin City. I extend condolences to the victims of the attacks, including those who lost their lives and others who were injured by the thugs,”.

“It is disheartening that anyone would attack a peaceful assembly of young people who are expressing genuine concerns over police brutality and intimidation in their own country,” the governor was quoted by Crusoe Osagie, his media aide, on his behalf, Obaseki .

“I hereby call on the Edo State Police Command to get out on the streets and provide adequate security for the protesters and ensure that no one is harassed in the course of exercising their rights.”