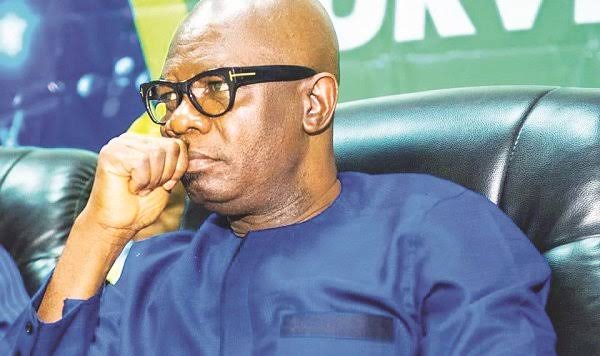 Akeredolu said the plan aimed at intimidating the people and discouraging them from coming out to vote with a view to giving the ZLP a conducive atmosphere to rig the election in favor of Agboola.

Akeredolu, who spoke through the spokesman of his campaign organisation, Olatunde Richard, said the people of Ilaje were determined to vote massively for the APC, to ensure their son, Hon. Lucky Aiyedatiwa, his deputy governorship candidate, is voted into power.

He said the people must be allowed to exercise their franchise without intimidation or fear on the election day.

According to him: “This dubious plan by the ZLP should not only be condemned, but prevented from happening.

“While we are calling on the security agencies to intervene and save Ondo State from electoral violence and deliberate intimidation, we want to urge our supporters across the state, particularly the people of Ilaje to remain calm, but say no to intimidation and evil plans by the ZLP and their cohorts.

“We trust that the security agencies, particularly the Military will be above board and discharge as an unbiased actor in the election.”

Chief Press Secretary to Agboola, Babatope Okeowo, said it was the APC and PDP that have been engaging in violence at their various campaigns.

Okeowo urged the APC and Akeredolu APC to explain what has done for the riverine areas for the past three and half years.

He said: “They are jittery of the fact that they have lost the governorship election. Why Ilaje Local Government Area?

” APC is threatened by the growing popularity of ZLP and its candidate in the council. How do you do expect the people to support a government that siphoned OSOPADEC funds and abandoned the people in darkness for four years?

“I will implore security agencies to investigate the ruling party and prevent any attempt to foment any ploy by APC to cause crisis and rig the election on that day. The people will speak with their votes and vote for ZLP and Agboola Ajayi. “

Related Topics:AkeredoluOndo Election
Up Next

“I did not campaign against subsidy” – Pastor Tunde Bakare