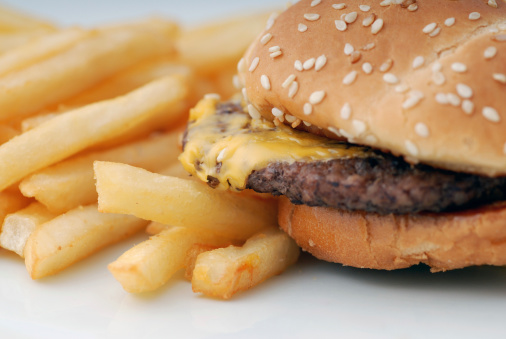 The report chronicles efforts by countries around the world to ensure global best practices. As Nigeria strives to join countries who have achieved significant milestones, there is a call for the regulation on fats and oils to move beyond its current draft stage.

Since Nigeria notified draft best-practice on trans fat policies for public comment, the country is yet to take it a step further by finalizing the regulations that would expand trans fat restrictions to all foods.

According to the ‘WHO Report on Global Trans Fat Elimination 2020,’ since it released the first publication of the progress report in May 2019, more than 40 countries have taken action to initiate or advance TFA policy discussions.

The WHO said in the report launched virtually on Wednesday, that, “in its first two years, the global initiative to eliminate industrially produced TFA has produced encouraging results in some countries, but most still do not have policies in place to protect their citizens from the harmful effects of TFA. To meet the 2023 target, WHO recommends that countries take the following actions in the coming year.”

He further stated that: “Industrially produced trans-fatty acids (TFA), which are still used in some countries as an ingredient in fried food, deep-fried food, baked goods and spreads, are linked with heart disease and death. But they can be completely eliminated and replaced with healthier oils and fats without changing the taste or cost of food.”

According to the Global Trans-fat Report, of the 17.9 million deaths caused by cardiovascular diseases globally about 10 million are associated with dietary risk.  The report also stressed that trans-fat consumption is associated with increased risk of heart attacks and deaths from coronary heart disease

On May 14, 2018, the WHO had, released the REPLACE package advising governments across the world that, “eliminating trans fat is key to protecting health and saving lives.” The REPLACE package is a step-by-step guide for the elimination of industrially-produced trans-fatty acids from the global food supply.

As civil society organizations, globally, increase advocacy to support regulations and product reformulation, there is a call for Nigeria to tow this line.

The report said, “Best-practice policies came into effect in Lithuania and Saudi Arabia, and were passed in Brazil and Turkey. In October 2019, the 35 Member States of the WHO Regional Office for the Americas/Pan-American Health Organization unanimously approved a regional plan of action to eliminate industrially produced TFA by 2025.”

While India notified draft best-practice TFA policies for public comment in August 2019, Nigeria eventually did so in January 2020 after two years.

In October 2019, the 35 Member States of the Pan-American Health Organization (PAHO) unanimously approved the Plan of Action for the Elimination of Industrially Produced Trans-Fatty Acids 2020–2025 (PAHO, 2019).

With regional measures evidently playing effective as powerful catalyst for change, Nigeria has a chance to lead this process in the West Africa WHO region.

The health agency has said that, i­­n the next 12 months, it will continue supporting country adoption and implementation of best-practice TFA policies. WHO will also provide support to countries in strengthening their regulatory capacities to help accelerate implementation, compliance monitoring and enforcement of TFA policy actions.”

The WHO plans to initiate a new process to recognise and certify countries that have achieved elimination of industrially produced trans fat from their food supplies. It is envisioned that this process will accelerate and recognize the efforts of countries and their progress. This is an initiative that Nigeria should strive to key into to be among these certified countries. As a powerhouse in Africa, Nigeria can do this by finalizing trans fat regulations covering all foods.

In the past year, there has been an encouraging trend towards countries adopting best-practice TFA policies. New policy measures passed and introduced, have overwhelmingly followed best practice, the WHO said.

Like Canada, Thailand and the United States, Singapore in 2019, officially announced plans to strengthen its existing less restrictive TFA limit which also applies to oils and fats only. This is to align with global best practice by implementing a ban on partially hydrogenated oils (PHO).

The WHO said in the report that TFA policy discussions have begun in several key countries, in the last 12 months.

In Nigeria, a technical working group was established in 2018 to support the Ministry of Health and the Nigerian National Agency for Food and Drug Administration and Control (NAFDAC) in developing the evidence and recommendations around the need for TFA limits.

In 2019, it published a draft ‘Fats and Oils Regulations, 2019,’ a best-practice TFA policy that limits TFA to 2% of oils and fats in all oils, fats and foods. It also drafted the ‘Pre-Packaged Food, Water and Ice Labelling Regulations, 2019’ that address TFA and other food components.

But after gaining these strides, all the steam seems to have evaporated. One year after, they still exist as drafts and have barely moved beyond that.

To give some push, civil society organisations have called for urgent actions to halt unnecessary deaths from trans fat consumption.

TheNetwork for Health Equity and Development (NHED) and Corporate Accountability and Public Participation Africa (CAPPA) has urged the Nigerian government to fast- track the approval of the two draft Regulations initiated by the National Agency for Food Drugs Administration and Control (NAFDAC), which seek to reduce the amount of trans-fat in food consumed in the country.

NHED and CAPPA however, noted that although the 2020 report acknowledged the Nigerian government’s effort towards trans fat elimination in foods, the country needs to speed up those efforts to enable the nation meet the WHO 2023 deadlines.

The Country Technical Lead of NHED, Dr. Jerome Mafeni, said: “Trans-fat consumption has become a major public health concern, even more so at this period of the COVID 19 pandemic. Government needs firm and stiff regulations to promote a healthy diet and healthy lifestyle so as to reduce our national cardiovascular diseases burden.”

In the same light, CAPPA Executive Director, Akinbode Oluwafemi stated that: “We do recognize the Ministry of Health and NAFDAC’s efforts towards the NAFDAC regulations, we are however worried by the slow pace regarding the approval of the draft regulations. We therefore plead that urgent actions are needed to halt unnecessary deaths from Trans-fat consumption.”