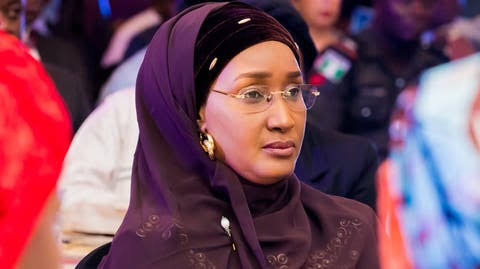 The Minister of Humanitarian Affairs, Disaster Management and Social Development has distanced herself from the ICPC report that revealed that N2.72b for School Feeding During Lockdown has been diverted to private accounts

The Chairman of ICPC, Prof. Bolaji Owasanoye at the 2nd National Summit on Diminishing Corruption at the Council Chambers of the Presidential Villa, Abuja, on Monday had given the report

According to the ICPC chair, “preliminary investigation had indicated that part of the N2.67billion was diverted to private accounts. It also revealed that over N2.5 billion was misappropriated by a senior civil servant (name withheld) in the ministry of agriculture and now deceased, for himself and cronies”.

In a statement signed by the SA Media; Nneka Ikem Anibeze, the Ministry of Humanitarian Affairs, Disaster Management and Social Development stressed that the Federal Government Colleges school feeding in question is different from the Home Grown School Feeding  which is one of its Social Investment Programmes.

Explaining further, the minister said “the over N2.5 billion which was reportedly misappropriated by a senior civil servant (name withheld) took place in a different ministry and not the Ministry of Humanitarian Affairs, Disaster Management and Social Development.”

“The ICPC  recovered N16 billion worth of assets from the said ministry which was paid  into an individual account for non-official purposes and not the Ministry of Humanitarian Affairs, Disaster Management and Social Development.”

The Ministry also called on The Independent Corrupt Practices and Other Related Offences Commission, ICPC to publish the names of persons, federal colleges and  school heads whose names have been found to be associated with the missing funds and also freeze the accounts where the said funds were diverted.

Related Topics:Sadiya Farouq
Up Next