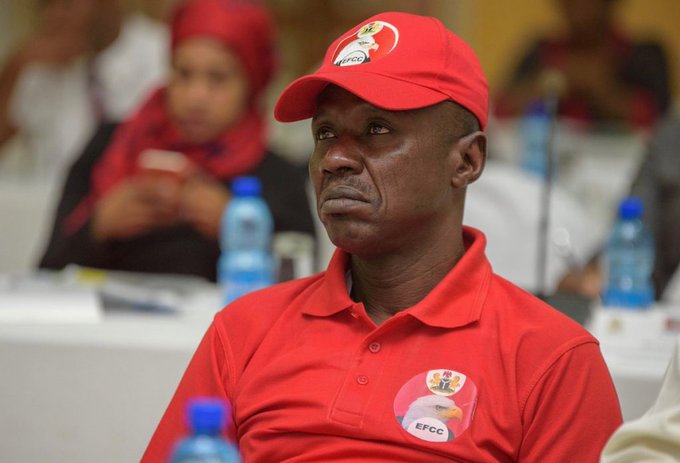 The Suspended Acting Chairman of the Economic & Financial Crimes Commission, EFCC, Ibrahim Magu has told the probe panel investigating him that he’s never received a bribe from anyone in his life.

At the proceedings Wednesday, Magu challenged anyone who has ever offered him a bribe which he accepted to “come out publicly to confront him before the Justice Ayo Salami panel”.

Magu said this while responding to allegations that he allowed a suspect Hima Aboubakar, a Nigerien National to escape from justice.

On Monday, the suspended EFCC chairman opened his defense to the allegations of ‘Alleged Abuse of Office and Mismanagement of Federal Government Recovered Assets and Finances’ leveled against him.

The probe panel has allowed him to have only two lawyers represent him at a time. On Monday & Tuesday, he was represented by Wahab Shittu and Aliyu Lemu.

In today’s proceedings, he was represented by Shittu and Tosin Ojaomo.

Related Topics:NigeriaEFCCcorruptionIbrahim Magu
Up Next

Delta State AG and 136 other lawyers, shortlisted for rank of SAN