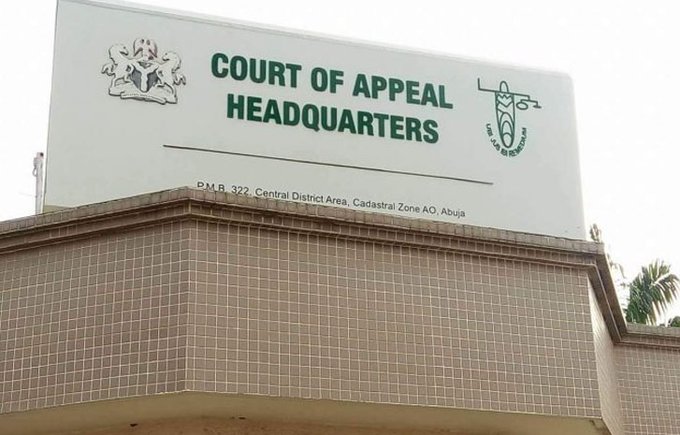 The Court of Appeal sitting in Abuja on Tuesday adjourned a hearing of a case of assault and enforcement of fundamental human rights filed against the Guaranty Trust Bank (GTB), the Nigerian Police Force (NPF), and six others by a journalist, Desmond Utomwen to 5th November 2020.

When the matter came up for hearing on Tuesday, the Court noted that the appellants’ brief of arguments were not served on the police, the Inspector General of Police and other police officers joined in the suit. The Court, therefore, directed that the respondents should be served before the next adjourned date.

The appellants also filed a motion for leave of court to file their reply brief out of time.

The three-man panel of the appellate court led by Justice Stephen Adah, therefore, adjourned to November 5, 2020 for the hearing of appellant’s applications and the substantive appeal.

Utomwen filed the suit following his brutalization in December, 2009 by men of the Nigerian Police Force (NPF) and members of Staff of Guaranty Trust Bank (GTB). The journalist, who was a former staff of TheNEWS magazine was arrested and locked up at the Garki Police Station while covering a protest by some customers of the Garki, Area 3 branch of GTB over alleged unauthorized withdrawal of funds from their accounts.

In October 2012, a High Court in Abuja presided over by Justice Peter Kekemeke awarded damages of N100m against GTB and other defendants. But the defendants appealed the judgment. However, the case only came up seven years after at the Court of Appeal .

In the background of events that led to the suit, the Committee for Protection of Journalists (CPJ) noted that  Utomwen was brutalized by several policemen in collaboration with some members of staff of GTB on December 11, 2009, for covering a peaceful protest outside the bank’s premises in Area 3, Abuja.

CPJ noted that the bank’s customers were protesting alleged fraudulent withdrawals said to have been made by the bank’s officials from their accounts through the ATM, quoting local journalists and news reports.

Utomwen, in the suit, asked the court to declare that his fundamental human rights had been violated when he was obstructed from working; had his equipment forcefully taken; and was attacked and hit with gun butts until he was unconscious, before being bundled into a police vehicle and detained for several hours without access to medical treatment.

For two years and 10 months, Utomwen relentlessly sought justice. The case passed through two judges before reaching Justice Peter Kekemeke, who declared the actions violated the journalist’s right to freedom from inhuman and degrading treatment, right to own moveable and immoveable property, and right to freedom of the press and expression as protected in sections 34, 39, and 44 of the 1999 Constitution.

Ugochukwu Ezekiel, who took up Utomwen’s case on a pro-bono basis, sought a garnishment order against the police and the bank, and filed to enforce the court’s judgment.

Ezekiel, who carried the same air of confidence as he did during the 2012 judgment, gave the assurance that he would continue to take cases of journalists assaulted in the line of duty free of charge.

Such brutal treatment by law enforcement agents against the media, has begun to draw fresh momentum in Nigeria and around the world.

Organisations such as CPJ, Amnesty International, Human Rights Watch, and others, continue to put the situation on the front burner.

Utomwen reiterated that his fight for justice was not for the money but the profession of journalism; protection of journalists whose rights to duty have continually been infringed upon and the freedom of the press.

Buhari will on Thursday depart Abuja for Bissau