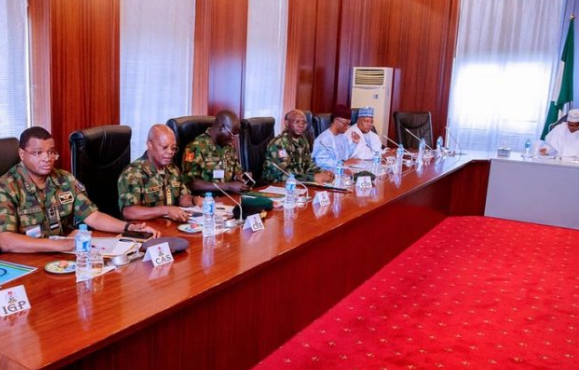 A Nigerian Army colonel has been killed in a Boko Haram ambush. The colonel and some soldiers were attacked, on Sunday, when their vehicle was ambushed near Damboa, Borno State.

Details of the attack are yet to be known, but an army source told PREMIUM TIMES that the late colonel would be buried on Tuesday.

When contacted, the spokesman of the Nigeria Army, Sagir Musa, declined to confirm the attack but said a press statement would soon be released about an attack in Borno State.

Hundreds of soldiers and officers have been killed since the Boko Haram insurgency commenced in 2009. Tens of thousands of civilians have also been killed and millions of others displaced.

Meanwhile, the North East leaders under the aegis of the Coalition of North East Elders for Peace and Development have demanded decisive actions to end the Boko Haram terrorism.

While expressing concern over the security situation across the country, the coalition said “the excuses being tendered by the Service Chiefs”, were no longer tenable to them.

The Chairman of CNEEPD, Zana Goni, in a statement titled ‘We are tired of excuses, sack Service Chiefs now’, called on President Muhammadu Buhari to as a matter of urgency implement the recent res­olution of both Chambers of the National Assembly.

He urged him to rejig the country’s security architecture with a view to improving the security of Nigeria which they noted, had been so bad.

Goni regretted that their silence before now was misconstrued by some people and sections of the country because of the geographical background of the security chiefs, explaining that their action was nothing close to that.

The Elders said they exhibited silence for some time in the belief that things would get better as the security heads and the president have always promised.

They also noted that the current Service Chiefs were the longest in Nigeria’s history adding that they may have become war-weary and bereft of new ideas to tackle the insecurity bedeviling the country.

No going back on Water Resources Bill, Federal Government insists