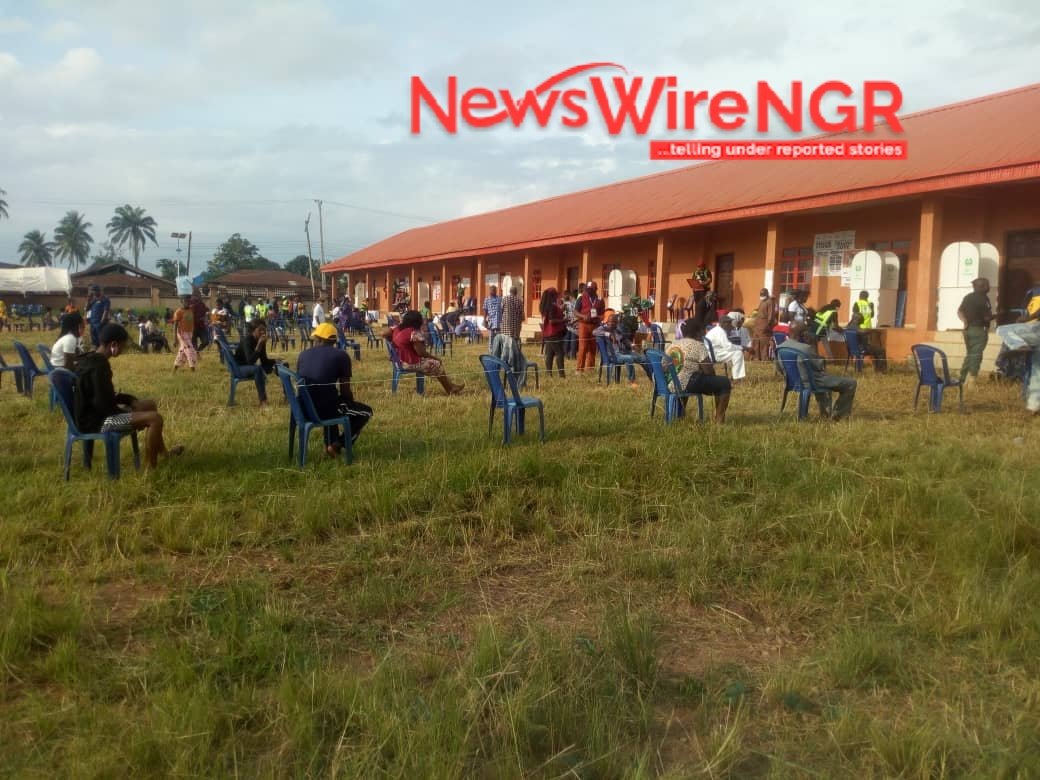 As Edo elects its governor, a large turnout of voters has been reported across all polling units in Esan West Local Government Area of the state.

The News Agency of Nigeria (NAN), reports that most of the voters arrived the various polling units before officials of the Independent National Electoral Commission (INEC).

Others included polling Unit 2 in Ward 5 (Uhunmudumu Primary School) in Ekpoma which has six voting points.

Accreditation of voters and voting commenced on scheduled at these polling units.

Also at the polling units were Policemen as well as personnel of the Nigeria Security and Civil Defense Corps (NSCDC) and the Federal Road Safety Corps (FRSC).