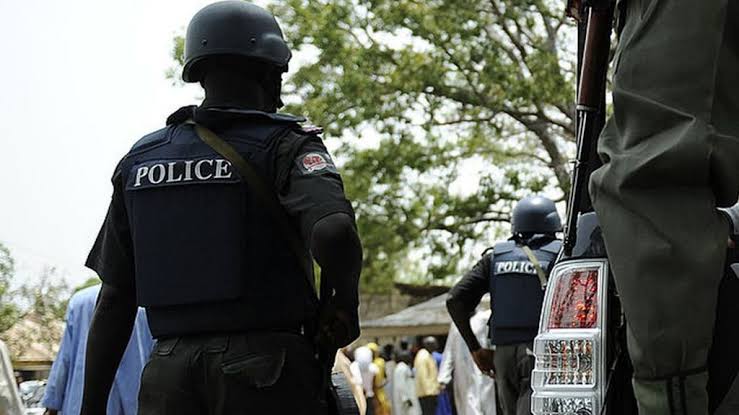 A pregnant woman and her baby reportedly died as the doctor who was to operate on her was allegedly held by policemen enforcing the curfew in place to restrict movement amid the COVID-19 pandemic.

According to a report by PUNCH Metro, the doctor was held for about one hour on Airport Road, Ikeja, Lagos State, as entreaties that she was on an emergency call, fell on deaf ears.

After she was released, the doctor reportedly got to the hospital and discovered that both the pregnant woman and her to-be child were dead.

The deceased was identified only as Mistura

A eyewitness told The Punch:

“The doctor is a woman. In fact, she was also ill and was placed on a drip at home when she was called for the emergency.

“Because her car was bad, she got a cabman to take her to the hospital. She left her house around past 9pm.

“Around 10.15pm, they got to the under bridge around Airport Road, where they met the policemen. They had been stopped by other policemen before they got to that spot. But when she showed them her ID card, they allowed her to pass.”

“She went to meet another member of the team and begged him that she needed to leave immediately and that the life of her patient was at risk. She was in a nightgown; she could not even change when she got the call. But the second policeman shunned her.”

“The policeman said she was foolish and she was a prostitute because a doctor would never dress the way she was dressed. She begged them and explained the circumstances but they refused to listen and demanded the emergency letter.”

She was eventually released after being delayed for an hour. Sadly, it was already late, as the patient had died.

“There were four policemen on duty that night. Only one was on mufti. Their tags were not visible because they wore overalls. They saw the drip in the doctor’s hand; she was risking her life to save another person but they never allowed her,” A source reported

Efforts by the doctor to call a phone number on the policemen’s van were also abortive.

The number, 09051614394, which a phone application, True Caller, identified as OPS Office Air, was not reachable

A spokesman for LUTH, Kelechi Otuneme, promised to react after speaking to a consultant at the hospital, but no reactions or statements have been issued as at the time of this report

When contacted by journalists, the Public Relations Officer of the Airport Police Command, Alabi Joseph, expressed shock at the incident and promised to investigate it.

A senior police officer, who did not speak on record, however, told the Punch that the doctor could have raised the suspicion of the policemen as she was not ‘properly dressed.’

Kogi State commissioner to be arraigned for rape, torture, coercion