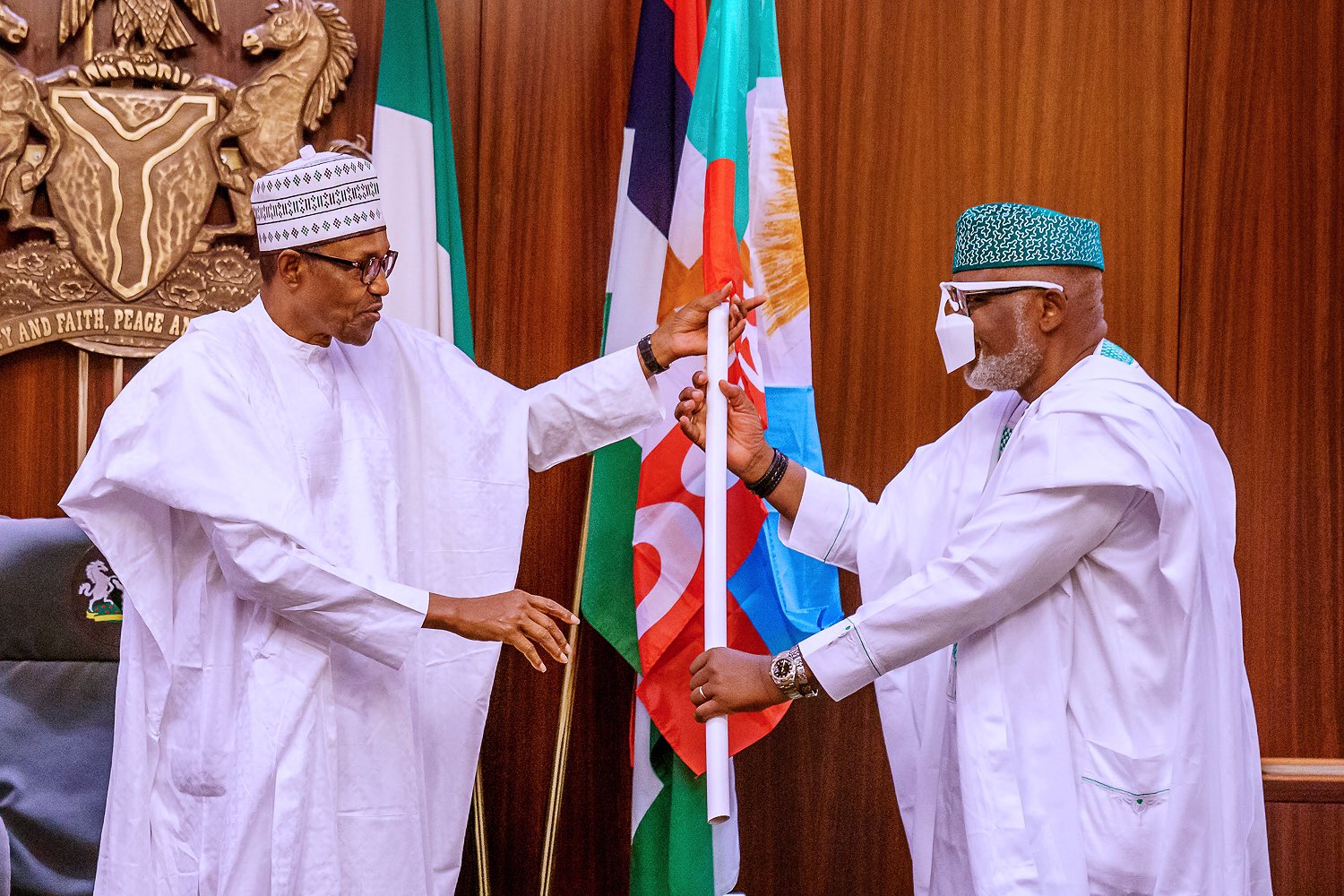 The chairman of All Progressives Congress (APC), caretaker committee, Mai Mala Buni, says only the APC can win the governorship election in Ondo state.

Speaking with journalists after meeting with President Muhammadu Buhari on Friday, Buni said the president endorsed Akeredolu and commended the work his administration has done thus far.

“APC is the only party that can win election in Ondo, not only because APC as a party is the only party but because the governor there is performing and has performed, the people of Ondo state have seen themselves and have agreed to themselves that yes, he is the only man they can trust for the next four years,” he said.

“So Mr. President has endorsed him. That’s what we have been looking for, his blessing, his endorsement, his encouragement and his support and we have gotten that already

“We are here today to present our candidate to Mr. President and being the leader of the party for his blessing. That has always been the practice, we cannot kick-start our campaign without his endorsement and that is what we have just done.

Also speaking with reporters, Babajide Sanwo-Olu, governor of Lagos and chairman of APC campaign council in Ondo, said their job has been made easier because Akeredolu has performed well.

“When you have a good product and people have seen and have agreed. It makes our job easier,” Sanwo-Olu said.

“Our good friend and brother, Governor Rotimi Akeredolu, has not only done well, he is a progressive and he is a man that has stood over the last four years, carrying his people along and doing all to ensure that good governance continues in Ondo state.”

The governorship election has been scheduled for October 10.

If Nigerians want me to be president, I will build the economy says Senator Orji Kalu