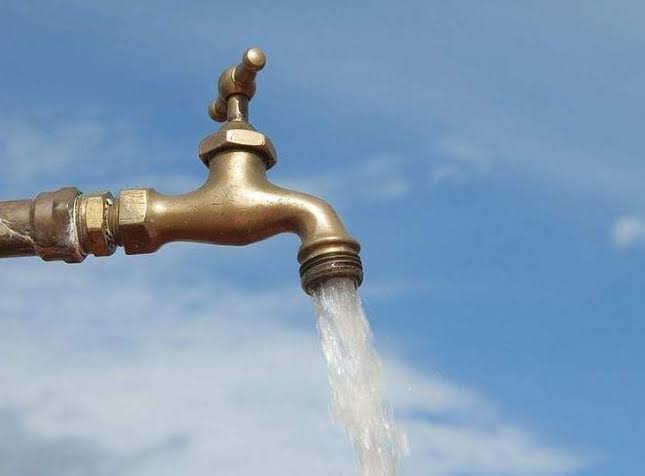 It starts off innocently enough.

“A bill for an act to establish a regulatory framework for the water resources sector in Nigeria, provide for the equitable and sustainable development, management, use and conservation of Nigeria’s surface water and groundwater resources; and for related matters.”

None of this gives the idea that this is a piece of legislation that contains everything from the door to a blatant state-backed land grab to a familiar constitutional violation culled from the social media bill to an unbelievable clause granting a proposed regulatory agency the  open-ended power to do “anything” that in its sole opinion it thinks is necessary to achieve its goal.

Central to all that is wrong with this bill is the establishment of a new regulatory agency called the Water Resources Regulatory Commission.

This new body, which Nigeria has apparently never needed until now, takes on itself the task of regulating all inland interstate water resources in Nigeria including surface and groundwater bodies.

The apparent “regulation” inevitably boils down to rent extraction through a plethora of new licensing regimes for everyone from commercial catfish farmers to sand dredgers and borehole drillers.

As bad as the idea of the Nigerian state extracting more rents from an already squeezed populace sounds, it pales into insignificance compared to what this bill later reveals itself as – an alleged attempt to write a land grab agenda into Nigerian law.

Where the proposed “Ruga” policy from 2019 did not scale through in the face of widespread opposition, this bill attempts to effectively write the entire Ruga policy into law through the back door.

The three bad faith indicators behind this bill can be summed up as follows: It seeks to create fresh government recurrent expenditure at a time of extremely weak public finances and it further seeks to extract rents from individuals and businesses for simply using freely available water resources; it focused on smuggling the unpopular Fulani Ruga policy proposal into law; and it contains unconstitutional clauses explicitly written to shield its executors from facing liability over the mayhem it will almost certainly unleash if it passes into law.

Shaking Down the Private Sector to Expand the State

Section 62 of the bill gives an idea of what the bill seeks to achieve with regard to the proposed new licensing regime. According to this section, anyone who wishes to build a private drainage or irrigation system, drain and reclaim wetland for building purposes, operate a commercial fishery or carry out sand dredging must now obtain a license from the proposed Water Resources Regulatory Commission.

It even states that construction of infrastructure across water bodies such and roads and bridges now requires said license. It is unclear how adding such licensing regimes to the plethora of existing ones will help Nigeria bridge its infrastructure gap or assist the much-touted ‘ease of doing business’, but the bill is only getting started at this point.

It is unclear what purpose this fund will serve given the multiplicity of CSR and CSO bodies already actively engaged in the Nigerian WASH space including the UN, Eni and Bill & Melinda Gates Foundation among others. The Federal Ministry of Water Resources through the National Water Resources Institute (NWRI) also has an existing National WASH Action Plan which already receives government and multilateral funding, so the need for a new civil service extension and a fresh set of government recurrences and public taxes is unclear.

Just so there is absolutely no ambiguity about whether or not the proposed commission is being set up in such a way as to financially benefit the politically connected, Section 27 and 29 both contain essentially the same clause hidden away.

It will be noted that both of these clauses make no reference whatsoever to any kind of competitive bidding process according to regulations set out by the Bureau of Public Procurement (BPP). Section 27 in fact states that the commission may do business or give out contracts to whoever it deems fit in its (sole) opinion.

Open Discrimination and Ruga Through the Back Door

Hidden away in Section 71 of this bill is a stripped-down version of the Fulani Ruga policy hiding in plain sight.

It will be recalled that the Ruga policy which was shelved in 2019 following unanimous public condemnation, proposed to set aside well irrigated portions of land across the country for the specific habitation of itinerant Fulani cattle herders. While that policy was rightly panned for effectively trying to give complete government subsidy backing to a private business activity, Section 71 reintroduces the exact idea without mentioning the words “Fulani,” “Ruga,” or “Cattle.”

In fact, no attempt whatsoever is made to explain what qualifies a parcel of land to be reserved as a “Groundwater Conservation Area,” what the “public interest” referenced refers to, and what activities it will mandate or prohibit on such reserved areas. It simply states that it may declare any piece of land whatsoever as a “Groundwater Reservation Area” based on its sole and unexplained interpretation of what the “public interest” is.

This looks like an attempt to smuggle in the unpopular Ruga policy wholesale without mentioning that the commission in fact is legally empowered to confiscate land and reserve it for the possible use of nomadic herdsmen based on this innocent-looking section of the bill.

In Section 29 (p), a hint of what actually lies behind the curtain appears with the inference that the commission wishes to “protect” some unspecified “water users” from the activities of its licensees who are also individual and commercial water users.

As an aside, section 3 specifically mentions that regardless of any provision in the bill, watering domestic livestock from any free- access water source is fine.

Sections 67 and 69 however, are where this bill sheds all pretence about being interested in efficient water usage or achieving WASH targets. In section 67, the bill states that if the commission decides that an individual has “a supply of eater in excess of their needs”, it may reduce the amount of water they are permitted to take up under the terms of their license. The same section then states that the commission is empowered to lay pipes on any land, carry out construction works and expropriate the on site property of the landowner as part of its efforts to overcome a water shortage.

In other words, using nothing more than the discretion of whoever makes decisions at the proposed commission, one’s property rights may be violated and one’s land may effectively be seized. The clause cleverly does not state that “land may be expropriated,” but the implication of “may take possession of the water supply and operate any works of the person concerned for the drawing diversion or use of water” is clear and obvious.

The Social Media bill of 2019 and the NCDC bill earlier this year both contained near-identical clauses stating that in the event of any harm resulting from the effects of enforcing the contents of those bills, the government body and individual in charge cannot be held liable. In essence, the DG and Minister were literally written above the law by a law, which made no sense.

Several legal practitioners have since confirmed that any such clause is incompatible with the 1999 constitution which gives every Nigerian the right to seek justice. A minister or DG may not like to get sued in the line of work, but that does not mean they can stop people from suing them – it is a constitutionally guaranteed freedom which automatically supercedes whatever contradictory clause anyone tries to sneak into law.

Despite the clear explanation about the basic incompatibility of such a clause with the Nigerian constitution, that exact clause makes an appearance in Section 42 of this bill.

It is also repeated word-for-word in section 146.

Section 148 contains a realistically unenforceable clause criminalising all use of water except as permitted by the bill. In practise while enforcement of the bill will likely not amount to much, the mere existence of this and other laws that people break everyday without even knowing they exist is a favoured tactic of authoritarian governments that want people to be criminalised by default.

Even more incredibly, section 27 includes a scarcely believable open-ended clause empowering the commission to do an unqualified “anything” if “in the opinion of the Commission, it is necessary.”

So to put the picture together, we have a bill that creates a government commission to regulate a sector that already has a regulator and a supervising cabinet ministry. Said commission wishes to extract rent from catfish farmers, sand dredgers and borehole drillers in exchange for a license that expires every 5 years.

The commission is empowered to carry out legalised property theft under the guise of regulating water resource usage, and it also has the power to declare any area whatsoever it wants a “Groundwater Conservation Area” which is definitely not a code term for ‘Ruga settlement.’

If in the process of interacting with this commission, Nigerians suffer any kind of harm or loss, they apparently cannot bring any liability against this body whose enabling law has written it above the law and given it an absurd uncapped power to do “anything it thinks is necessary.”

You can read the full proposed Water Resources Act 2020 here.