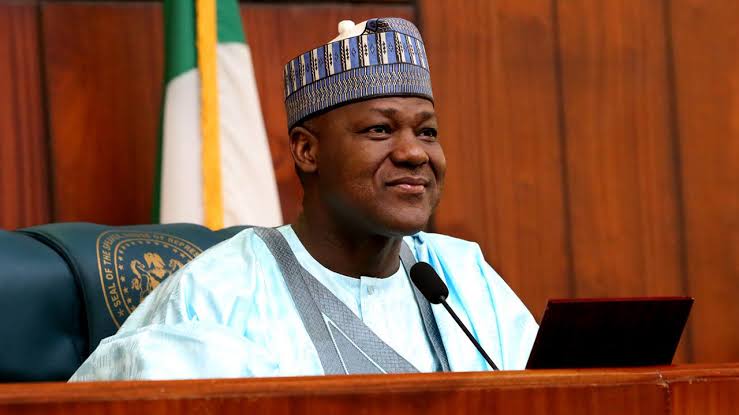 Former Speaker of the House of Representatives, Yakubu Dogara, says he is more concerned with Nigeria tackling its present challenges than with 2023 elections

Dogara, in a statement issued on Sunday by his spokesman, Turaki Hassan, was reacting to pictures showing him as possible presidential running mate to APC Leader Asiwaju Bola Ahmed Tinubu in 2023.

The former speaker, said the statement was to stop the further spread of the “deliberate mischief” and advised people to disregard and discountenance the purported story and pictures as the handiwork of “mischief makers”.

“His Excellency, Rt. Hon Yakubu Dogara, is busy helping to rebuild and reposition the APC in Bauchi State and wishes to be allowed to focus on just that,” the statement read.

“It has come to our notice that stories and images are being circulated on social media to the effect that His Excellency, Rt. Hon Yakubu Dogara, is running for the office of the Vice President of the Federal Republic of Nigeria, with the National Leader of the All Progressives Congress, APC, Sen Bola Ahmed Tinubu, for President in 2023.

“Our initial decision was to ignore them since they are utterly baseless. But it appears that the promoters of this fallacy are unrelenting in spreading the falsehood and have now succeeded in making it sound believable to the extent that even some conventional and ‘credible’ media platforms are beginning to take it up….”

The statement added that “2023 is still years away and, therefore, it is unnecessary, distracting and insensitive to start making unfounded declarations at this time when all hands ought to be on deck in tackling the challenges of our nationhood.”

Related Topics:Yakubu Dogara
Up Next

Sultan Of Sokoto visits El-Rufai to discuss peace in Kaduna

El-Rufai should have been given a fair hearing- Sanusi