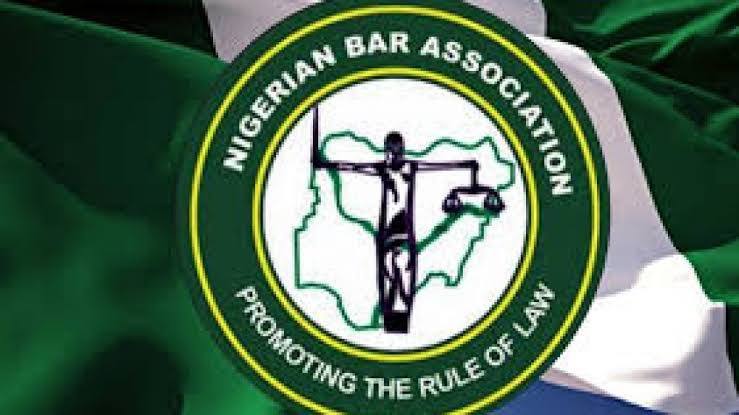 We of the Radical Agenda Movement in the Nigerian Bar Association(RAMINBA) welcome the decision of the National Executive Committee of the Nigerian Bar Association removing Mallam Nasir El-rufai, the Governor of Kaduna State as Speaker at the 2020 Annual General Conference of the Association. That decision in our respectful view is a sanction against poor leadership approach in the handling of the genocidal South Kaduna crisis in Governor’s El-rufai’s jurisdiction as well as a demonstrable penchant for disrespect for rule of law and high-handedness in official capacity.

We are however baffled that the list of speakers at the Conference still retains the names of Balogun Olusegun Obasanjo, Retired General and former President of the Federal Republic of Nigeria as well as that of Mr. Nyesom Wike, the Governor of Rivers State.

We are persuaded that this men by their antecedents vis-a vis the respect for and promotion for the rule of law and due process are not fit for invitation as Speakers in a function such as the Conference of Nigerian Bar Association, which mantra remains promoting the rule of law.

We also hold that using persona such as the above-named Olusegun Obasanjo and Nyseom Wike as Speakers on the platform of the Nigerian Bar Association is a huge disservice to the original intendment and core purpose of the Nigerian Bar Association itself, particularly as regards the campaign for supremacy of the concept of the rule of law and the sanctity of judicial pronouncements.

Balogun Obasanjo is known in Nigeria’s most recent history to have launched some of the most brutal assaults on the concept of rule of law. Kindly recall that it was Obasanjo, sworn to uphold the Constitution of the land, who refused to obey the Supreme Court order for the release of the 21 billion naira Lagos state Local Government funds illegally and oppressively withheld by his administration.
That was the case of A.G LAGOS v A.G FEDERATION.

Despite the popular outcry that the Supreme Court be obeyed, President Obasanjo arrogantly declined obedience. He remained adamant all through his administration and it was President Yaradua who later complied with the Judgement.

On response to communal conflicts, the decision to withdraw the invitation of Governor El-Rufai was his poor response to the carnage going on in Southern Kaduna part of the state. Commendable as the decision to withdraw Governor El-Rufai’s invitation is, President Obasanjo was even more guilty on this score. During the communal clashes witnessed under Obasanjo administration involving Tiv and Jukun tribes of Benue/Taraba states, President Obasanjo is on record to have approved the murderous and excessive invasion of the Zaki-Biam community of Benue state by the military which led to the massacre of hundreds of unarmed civilians .

The same genocidal tactic of mass killings was employed by the Obasanjo’s administration in Odi, Rivers state when a whole Community was virtually annihilated by soldiers who went on a killing spree in the name of curbing militancy.

Obasanjo is also known to have made a scandalous attempt to tamper with the Nigerian Constitution with his attempt via proxies to smuggle in a previously non-existing third term clause into the Constitution in a shameless bid to stay longer in office than the period allocated constitutionally two terms him by the law under which he was elected.

Let it also be recalled that it was under President Obasanjo that a sitting state Governor in Anambra state, Dr. Chris Ngige , was abducted in a brazen manner by the Nigerian police in a bid to force him out of office illegally. Of course, who was
the President at a time when few members of Parliament, severely short of numbers to form majority as constitutionally required as happened in Oyo and Plateau States
impeached Governors ? OBASANJO, OBASANJO, OBASANJO.

It was under the same Obasanjo that the Ekiti State parliament was browbeaten courtesy of mass detention of her members in EFCC cells in far away Lagos to impeach Ayodele Fayose, who had fallen out of favour with the Imperial and highly tyrannical Presidency of Olusegun Obasanjo. How on earth, then, can the NBA in this time and age present her platform to a serial Mauler of the Rule of the Law and a Veteran Scorner of Judicial Authority like Olusegun Obasanjo?

We also hold that the invitation of Governor Wike as Speaker should also be withdrawn by the NBA. We hold that this is another invitation we consider to have fallen short of the standard expected of an association with acclaimed principle of defending the rule of law . We acknowledge the fact that Governor Wike is a member of the Legal profession. As a matter of fact, he is a Life Bencher. That in itself places a higher responsibility on him to promote and uphold the rule of law as opposed to the brutal rule of force that Governor Wike is now notoriously known for. He is the same Governor who ordered the demolition without Court order of two hotels in Rivers State recently. The Rivers States task force under the control of Governor Wike is an agency notorious for violation of human rights of citizens in carrying out their tasks.

We submit that retaining invitations of former President Olusegun Obasanjo and Governor Nyesom Wike when Governor El-Rufai’s invitation was rightly withdrawn is neither right nor consistent. Such a retention will certainly present the NBA as an hypocritical association with with double standards.