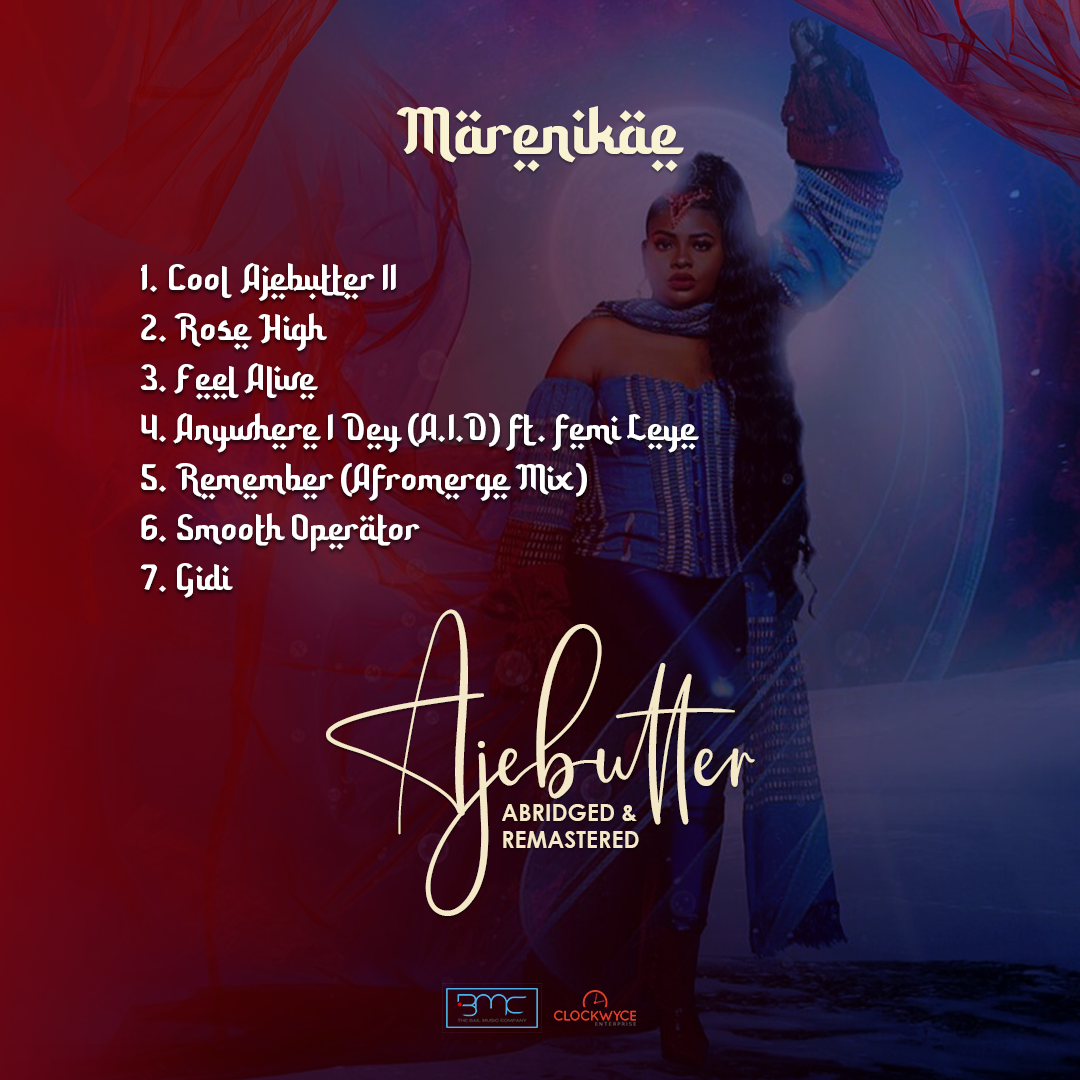 With the release of her abridged and re-mastered debut album “Ajebutter”, Marenikae makes a dramatic return to the African music scene.

Creating her own unique genre called Afro-Merge, Marenikae’s music is a blend of musical influences which include artists like 9ice, Styl-plus, Dare Art-Alade , Fela and Plantashun Boys all the way to the Backstreet Boys, Freddie Mercury, Daughtry, Dwele and Raheem Devaughn.

Marenikae discovered music at a young age. “I religiously rewatched spiceworld and forced my friends to rehearse the moves like a mad musical tyrant.” She said laughing

“I was always re arranging popular songs on the radio. I knew that certain harmonies would make me cry or make me smile to myself and I didn’t know why.

I was always forming musical groups with my neighborhood friends, my sister and my cousin.” She reminisces

Her creativity didn’t come for a vacuum either. It runs in the family. Talking about her early foray into performance art, Marenikae says; “My dad was a film director and owned a record label called Africa N Vogue and he managed a couple of Nigerian artists. He had a couple of shows on TV, I actually acted on one of his shows growing up called “First Family”, my home was the set lol.My mother was a producer on a lot of my dads projects so we were a “film family”.

Speaking about “Ajebutter”, Marenikae says “Every song is a self contained experience. Its primary fusion base is afropop and neo-soul but then I have some electronic layers and a dash of traditional pop nuances thrown in the mix”

“Ajebutter” is Nigerian slang for a “spoilt kid” or a “rich kid” and it is used for one has had an easy life. The Album is a story of two worlds, the rich African cultural lifestyle and the western European subtexts

According to Marenikae, every story has a purpose and is worth telling and she tells the stories in her own distinctly bold, sultry and soulful manner.

Marenikae is loud in her belief in the freedom of expression; artistic and otherwise. For her, the Nigerian music industry should be free of gender inequalities and should be committed to “making the constant revolving door for male artistes available for female artistes”.