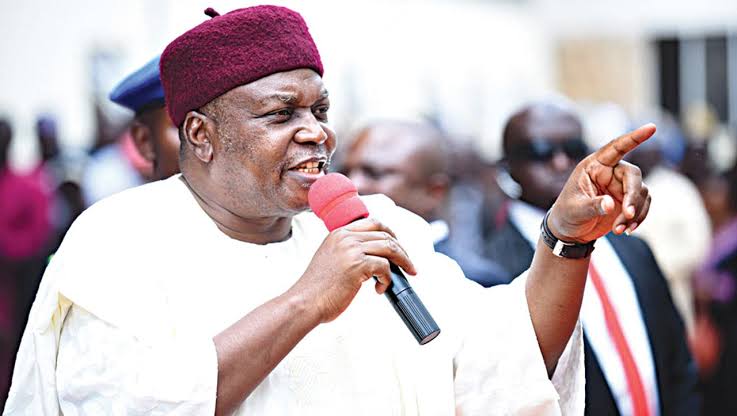 A Federal High Court sitting in Abuja, has asked the Governor of Taraba State, Mr. Darius Ishaku, Nigeria’s Service Chiefs among others to appear before it over alleged lopsided composition of probe panel approved by the Taraba state Governor on the communal clashes between the Jukun and Tiv ethnic groups in the state.

Ruling on the exparte application, Justice Ahmed Mohammed ordered the respondents to appear in court on August 26 to show cause why the Commission of Inquiry set up by the governor should not be restrained from sitting as requested by the complainants.

Counsel to the plaintiffs, Mr. Sebastine Hon in a fundamental rights enforcement suit filed at the court alleged that the Commission of Inquiry set up by the Taraba State governor is lopsided against his client.

The court also summoned the Chairman of the Commission of Inquiry, Justice Kumai Aka’ahs, who is a retired Justice of the Supreme Court.

Related Topics:Taraba state
Up Next