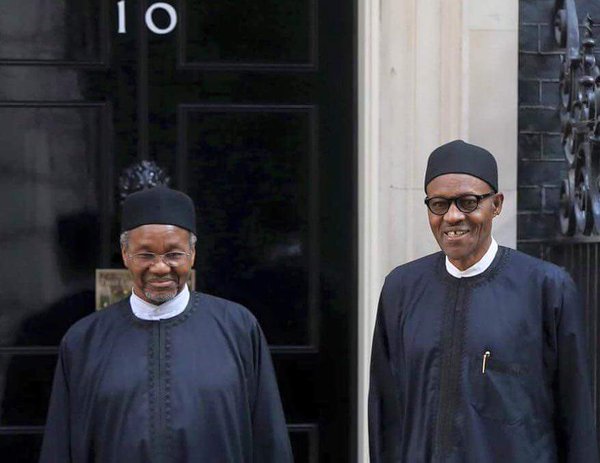 Nigeria’s President Muhammadu Buhari’s older nephew, Mamman Daura, has said he only advises, not dictate to him.

The Vanguard quoted Daura to have made the statement in an interview with BBC Hausa Service.

Daura is rumoured to be the head of the so-called cabal that allegedly influences most decisions of the Buhari administration.

Breaking the silence on his relationship with Buhari, Daura says he does not impose his decision on the president.

According to him, “You don’t do that to the government”.

He said he (Daura) visits him (Buhari) and offers him advice at the request of the president.

“My father was their mother’s firstborn. Buhari is the last born,” Daura was quoted to have said.

“Yes, I do visit him to greet him. I do give him advice, but if he asked…I advise him. But I don’t go there on my own and insist I must do this or that. No. You don’t do that to the government.”

Aisha Buhari, the president’s wife, has been critical of Daura.

In October 2019, a video of the first lady and Fatima, one of Daura’s daughter, in a heated argument surfaced online.

NewsWireNGR recalls the first lady claimed she was denied access to an apartment in the presidential villa by Daura’s family. But Fatima, however, said Aisha attacked her inside the villa.

Speaking on zoning of government positions, Daura said it is better for competence to prevail.

Before gaining Prominence as a member of the President Muhammadu Buhari “cabal” – members of the kitchen cabinet of the President. Mamman Daura was Editor of the New Nigerian from 1969 to 1973. In the late 1970s, he served on several government boards and agencies including the News Agency of Nigeria, and in the 1980s was Chairman of the Nigerian Television Authority and Africa International Bank (a subsidiary of Bank of Credit and Commerce International).

He is a prominent member of the infamous Kaduna Mafia, a loose group of Nigerian businessmen, civil servants, intellectuals and military officers from Northern Nigeria.