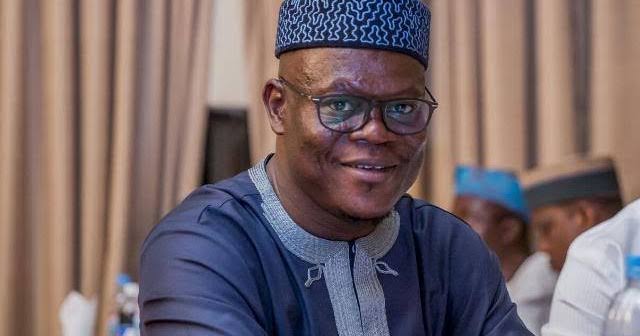 Osun state federal lawmakers are in disagreement about how a grant of $20 million by the World Bank was utilized for the upgrade of Primary Health Centres in the state.

The disagreement has reportedly pitched the APC Caucus, (comprising 2 senators and 6 members of the House of Representatives) against Senator Francis Fadahunsi of the Peoples Democratic Party.

Briefing journalists in Abuja, the APC Caucus led by Senator Ajibola Bashiru kicked strongly against comments credited to Fadahunsi in which the Senator warned that the state had exceeded its debt threshold and had become too insolvent to borrow more.

Basiru accused Fadahunsi of “scare mongering” and merely trying to create conflict in the body polity of Osun State with his statements which he said cannot be substantiated with facts and figures.

“The alarm being raised by Fadahunsi is unwarranted. It’s only meant to whip up sentiments that’s not rooted in facts except perhaps in favour of his failing political party”, he said.

According to Basiru, Osun State Government has over the years exhibited rare and impeccable character in its finances.

To demonstrate its openness, Basiru said the state did not hesitate to cut down its 2020 budget to N82 billion in line with harsh financial realities occasioned by Covid-19 pandemic.

He said contrary to the impression created by Fadahunsi, the State Government under Governor Gboyega Oyetola and his predecessor, Rauf Aregbesola had been open and transparent with regular auditing of the financial records.

“Whether you are open or not, you cannot escape mischievous remarks like those of Senator Fadahunsi. The government is transparent with the books audited quarterly and annually”, he said.

Also speaking, a member of the House of Representatives, Femi Fakeye said Fadahunsi was merely grandstanding with his comments.

He said there was nothing wrong if Osun took more loans to jump start its local economy and refurbish the education and health sectors.

” Let’s forgive him. He was a Customs Officer and he may not know how the world of loan works”.

“Even the Federal Government is taking loans. It is not taking loans that is bad. It is what you do with it that matters”.

On the $20 million World Bank grant, Ajibola and others in his APC Caucus in the National Assembly completely dissociated themselves from Fadahunsi’s allegation that the State Government had frittered the money away.

The APC Caucus also asked members of the public not to pay any attention to Fadahunsi’s comments; describing it as baseless and unfounded.

The Caucus said the fund was a gift to the State Government by the World Bank and as such didn’t require the State to pay back.

The Caucus said the money was judiciously used to revitalize Primary Health Centres (PHCs) in all the wards in the state including that of Senator Fadahunsi.

Responding, Fadahunsi said the APC lawmakers know the truth about the insolvent status of Osun State but were being economical with it.

He maintained that the State was not economically viable and too steep in debts to go shopping for more loans.

He said doing so will mean mortgaging the future of the poor people of Osun State and condemning them to a life of perpetual servitude.

Fadahunsi said as a lawmaker, he cannot sit idle without doing anything to stop it.

He said despite being outnumbered; he’ll continue to raise the alarm over any such plans to further plunge the state into more debts.