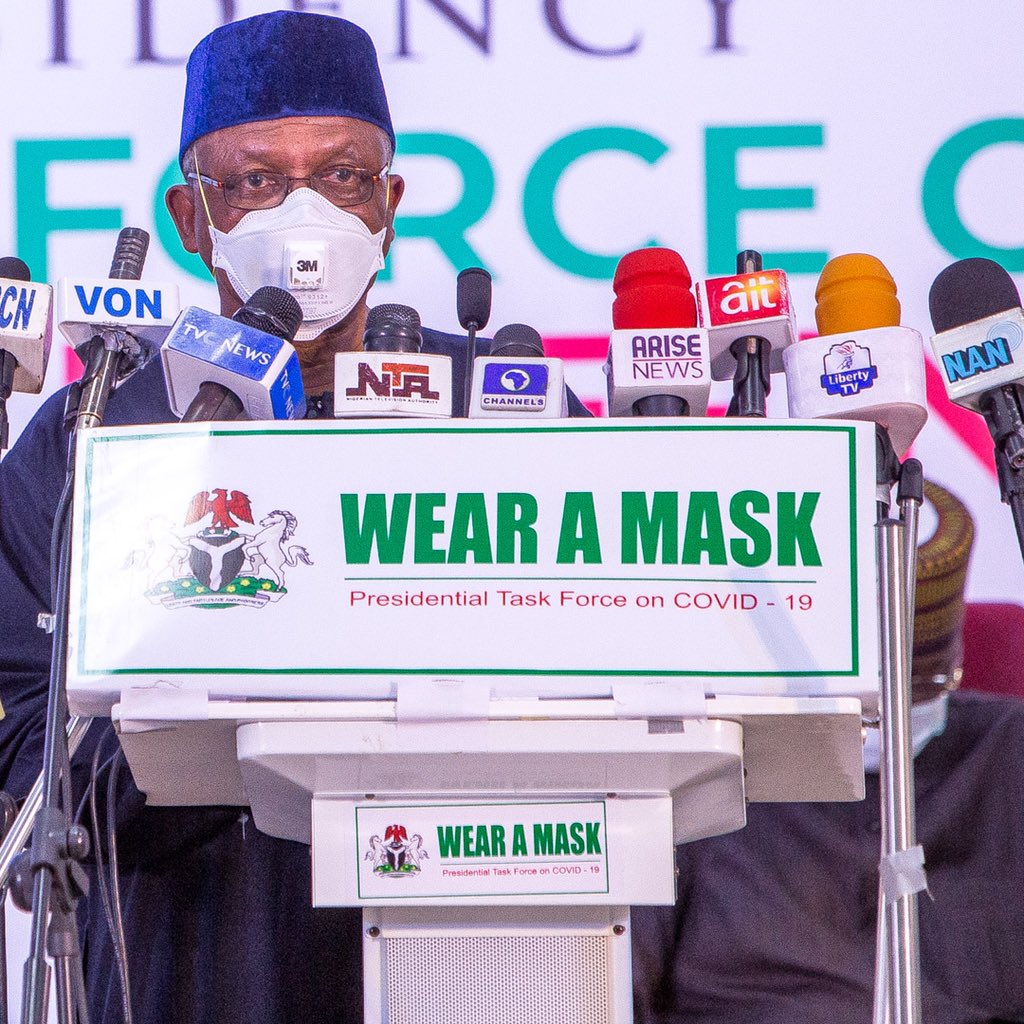 The Presidential Task Force on COVID-19 has called on Nigerians to continue to comply with the measures put in place to curb the spread of coronavirus in the country.

PTF National Coordinator, Dr Sani Aliyu, made the call on Monday at the briefing of the task force in Abuja, the nation’s capital.

Ahead of the Eid-el-Kabir celebrations, he specifically urged Muslims to remember that the COVID-19 protocols remain in force.

Aliyu asked them to avoid mass gatherings during Sallah and observe social distancing while observing the Eid prayers.

The national coordinator called on clerics not to allow people into the mosques without face masks and ensure that the total duration for prayers, including sermons, should not exceed one hour.

“For this reason, the PTF strongly advises against mass public gatherings in any form; safety is important, infection control measures must be observed in public spaces at all times.

“We urge states and religious bodies to make specific determination and recommendations regarding Eid congregation in their respective states,” Aliyu stated.

He added, “I will like to echo the statement by the Nigerian Supreme Council of Islamic Affairs released yesterday under the leadership of its President-General and Sultan of Sokoto, His Eminence Alhaji Muhammadu Sa’ad Abubakar III and I quote, ‘we are living in unusual times where normalcy has become abnormal, including social gatherings and large congregational prayers.

“Muslims are enjoined to note that Eid al-adah is not a compulsory religious activity and should only be observed if the security of our own lives as well as our health, is maintained.”

According to the national coordination, the Sultan has asked Muslims to continue to act according to the established protocols in their various communities and locations in Nigeria during the forthcoming Eid celebrations.