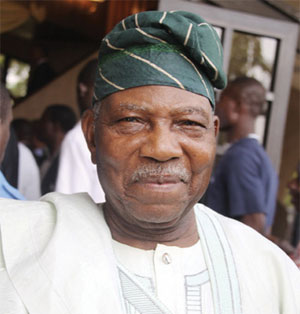 This was contained in the communiqué issued at the end of the meeting of the Yoruba Summit Group.

In the communiqué signed by Mogaji Gboyega Adejumo, the leaders said, “We are persuaded that nothing short of restructuring can save this country. Any attempt to go ahead with elections in 2023 without addressing the issue of restructuring would spell doom for Nigeria.”

The group decried the lopsided appointment in the country and the state of insecurity.

The communiqué said: “The emerging resolve of the Yorubas not to be part of vassal state that Nigeria has become, is better managed with due accommodation before any further degeneration and obvious consequences.

“Our quest shall henceforth be to mobilise the masses of our peoples not to participate in any further elections until the goal of Restructuring or Self-determination is attained.

“Notwithstanding the interests of some elements in our midst, It would be presumptuous to assume that the masses of the educated Yoruba Nation will dive headlong into being part of the 2023 elections, when all elements of its execution – the Military, Paramilitary, INEC, the Judiciary have been rigged and appropriated by a single very tiny minority Ethnic Group in a small corner of the country.”

The leaders called the Muhammadu Buhari administration to take “confidence building steps” ahead of the 60th Anniversary of Nigeria as an independent Nation on October 1, 2020.

“Steps towards an urgent meeting of all nationalities have to be taken now to determine the nature of our relationships. “Unless this peaceful step is heeded to, so that Nigeria heads in the right direction thereafter, the clear alternative would be for self-determination quests to proceed rapidly without any further restraint.

“It has become patently untenable for the Yoruba Nation to tolerate further incompetence and impunity as has been foisted on all other ethnic nationalities across Nigeria.” they said

Related Topics:AfenifereYoruba Group2023
Up Next

“In Southern Kaduna, the North has lost its conscience” – Shehu Sani Slams Nigerian Government over refusal to end killings