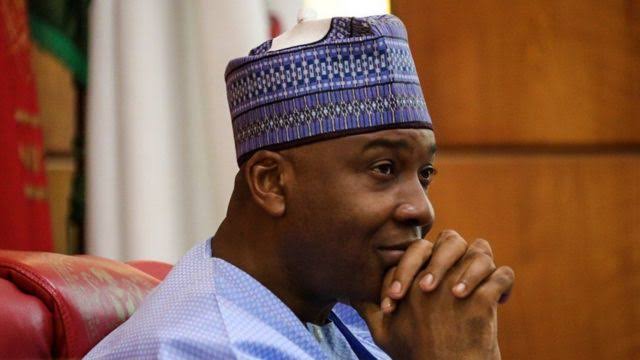 Former Senate president, Bukola Saraki has said that the suspended chairman of the Economic and Financial Crimes Commission (EFCC), took his rejection by the upper legislative chamber he led personally and came after him.

The former Senate President disclosed this in a statement via Twitter on Friday.

His comments come in reaction to a court order on Thursday which dismissed a move by the Economic and Financial Crimes Commission (EFCC) seeking the final forfeiture of two houses in Ilorin, Kwara State, belonging to the former lawmaker.

The court had granted an interim order of forfeiture following an application by the EFCC, however, in his ruling delivered on Thursday, Justice Rilwan Aikawa of the Federal High Court held that the contention of the EFCC that the property was acquired with illegal funds was based on mere suspicions.

Justice Aikawa stated that the evidence placed before the court was to the effect that the property was substantially financed with money paid to Saraki as a former governor, in line with the Kwara State Governor and Deputy Governor Payment of Pension Law.

He (Aikawa), therefore, discharged the interim order for forfeiture it had earlier granted in favour of the EFCC on December 2, 2019, and subsequently dismissed the EFCC’s application for final forfeiture of the property.

Reacting to his legal victory, Dr Saraki said, ” It is obvious that the EFCC leadership under its erstwhile acting chair, Mr. Ibrahim Mustapha Magu decided to take the issue of his non-confirmation by the 8th Senate which I led, personally.

He, however, noted that he has forgiven and holds no grudge against any individual for their roles in his trials.

In his statement, the former Senate leader said “The deployment of a state institution to fight a personal and partisan battle, particularly with the use of the mass and social media as championed by the EFCC was aimed at inflicting damage to my name, reputation and elective public service record through a targeted misinformation and disinformation campaign of calumny, also directed at intimidating the judiciary. It was directed at giving the wrong impression about me. As I record yet another vindication by the competent court of law, God’s willing, my focus will now shift to more serious issues.”