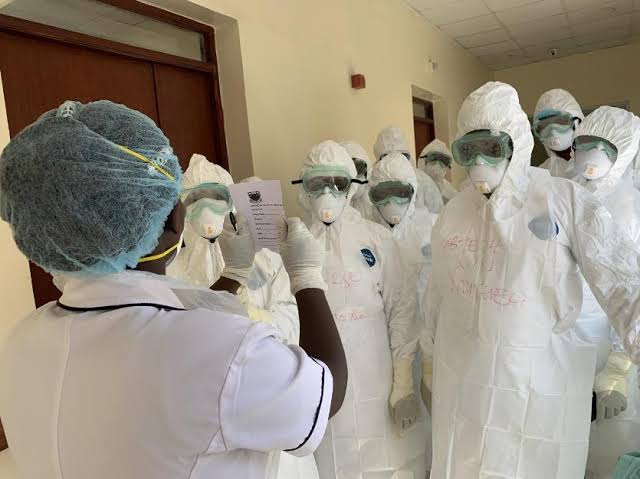 Not less than 200 doctors in Lagos State have contracted coronavirus (COVID-19) in the line of duty.

This is according to the Medical Guild in its response to an earlier statement from the state government on the ongoing warning strike by doctors in the state.

In a statement jointly signed by the association’s Chairman and Secretary, Dr Oluwajimi Sodipo and Dr Ismail Ajibowo, on Tuesday, the group said the government was aware of the situation.

It decried that while members were committed to their duties, a large number of those who tested positive have infected members of their families.

The guild also accused the government of making attempts to portray it as being unprofessional and casting untrue impression that the strike was masterminded by a few members of the association.

According to the statement, the guild has been seeking priority testing for all healthcare workers and patients on admission in hospitals.

It explained that this was necessary to improve the provision of safe medical services, but the government had ignored its call – one of the reasons for the decision to go on strike.