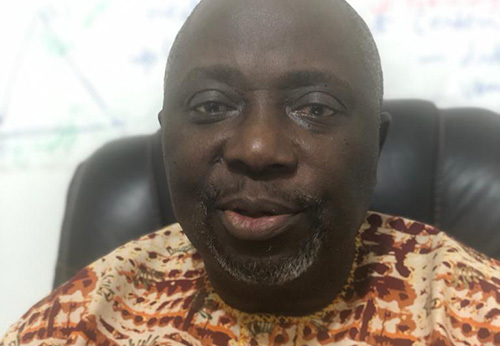 In a statement Monday, CPJ said all the awardees have at one time, faced criminal prosecution for their reporting.

The statement issued by CPJ reads in parts,”Olorunyomi is the co-founder, CEO, and publisher of the Nigerian newspaper Premium TimesExternal link, which today is one of the most trusted newspapers in Nigeria and a standard for African investigative journalism. Olorunyomi, who has dedicated his life to holding the powerful to account, is a fierce advocate for press freedom and is referred to by some as the “godfather” of online journalism in Nigeria”.

According to CPJ, Mr Olorunyomi and Premium Times have been subjected to official harassment over the years.

“In 2017, police raided the newspaper’s offices on orders of the military and arrested him and a reporter on allegations of defaming the chief of army staff. Premium Times stood its ground, and both journalists were released. The army eventually distanced itself from the chief of staff’s actions.”

Earlier in his career, Olorunyomi reported fearlessly on the dictatorship of General Sani Abacha. He helped lay the foundation for the high-quality, adversarial journalism for which Nigeria is known today. In 1993 he was co-founder and deputy editor-in-chief of The NEWS magazine as well as co-founder of Tempo magazine. The latter was published from a secret building near the police headquarters and caused such agitation in the regime that authorities arrested even those caught reading it.

Olorunyomi was twice arrested for his reporting and went into hiding in 1995 after the Abacha regime threatened his life. In 1996, CPJ and Amnesty International helped organize his escape into exile in the United States. “Somehow [CPJ] found me. They initiated contact, secured funds for my escape and arranged for legal documents so I could come to the U.S.,” he later told the American Journalism Review.

The next year, he spoke at a CPJ roundtable about the detention of his wife, journalist, Ladi Olorunyomi, and the grave situation for press freedom in Nigeria. “Without [CPJ],” he has said, “I believe I would be dead or in prison.” the statement added.

“Olorunyomi worked as an editor at other Nigerian media outlets, including PM News, which he helped co-found; Radio Nigeria; The African Guardian magazine; and NEXT newspapers. In 2005, he founded the Lagos-based Wole Soyinka Centre for Investigative JournalismExternal link, named after Africa’s first Nobel laureate in literature and dedicated to exposing corruption and human rights abuses. He also co-founded the Premium Times Centre for Investigative JournalismExternal link, a partner organization to the newspaper, which has its own press freedom tracker”.