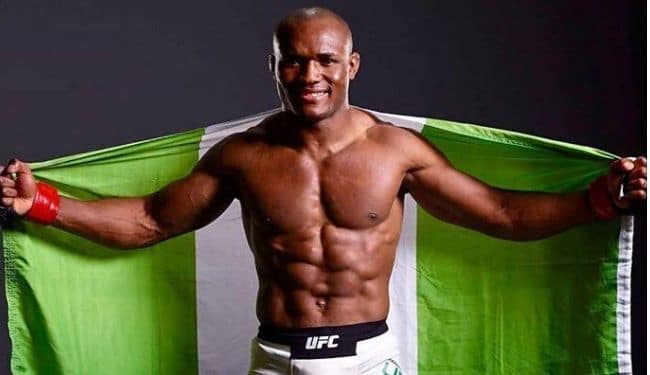 The 33-year-old has now equalled Canadian UFC legend, Georges St-Pierre’s record with the longest winning streaks in UFC welterweight history, which is 12 wins. He has not lost a fight since May 2013.

The Auchi, Edo State born Mix Martial Artist was dominant in the fight that saw clashes of heads which resulted in two cuts above the eyes of his adversary.

Usman utilised his clinching techniques and take down powers, which some fans have termed to be boring, but some commentators have argued it does the job for the Champion.