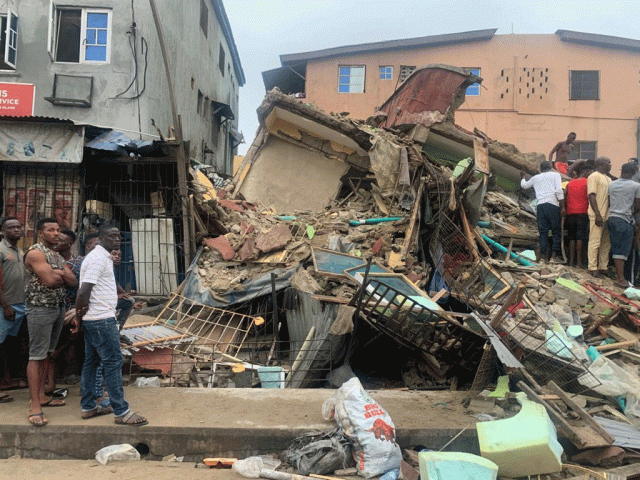 Three persons have died and nine injured following a building collapse on Freeman Street, in the Lagos Island area of Lagos State.

The three-story building collapsed in the early hours of Saturday when the occupants were still asleep.

He said the remains of the dead victims have been transported to the mortuary, while the nine injured are being administered pre-hospital care by the agency.

Oke-Osanyintolu explained that the victims comprise a child and two adults, adding that the agency is moving the ‘unstable’ structure to ground zero.

This to him is based on the safety and stability of residents of the area and indeed the state.

“We were able to rescue nine people alive and we sympathise with the people that lost their loved ones in there. We recovered three bodies. The three bodies that were rescued have been deposited in the mortuary.

“It is pertinent to note that we have served these people for over three months ago. The building controlling agency was there to serve them. The material testing did the needful in terms of doing the integrity test of this structure and it failed,” he said.

The LASEMA boss explained that rescue operations were still ongoing.

Meanwhile, officials of the Lagos State Building Control Agency (LABSCA), Ministry of Physical planning, Nigeria Police among other emergency workers are at the scene of the building collapse.

Related Topics:LASEMABuilding collapse
Up Next

“Mr. Magu was not immune” – Presidency breaks silence on the detention of former EFCC acting Chairman

Nigerian lady advertised for sale on Facebook in Lebanon, on her way home