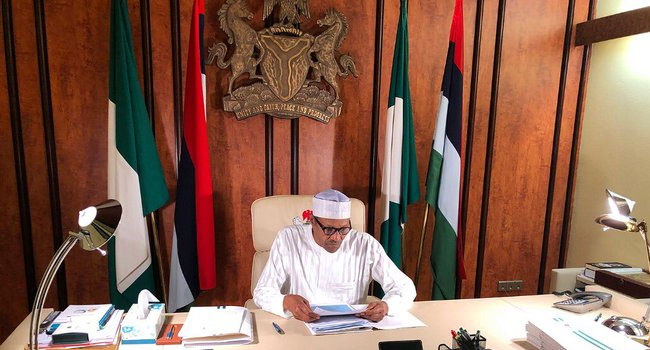 President Muhammadu Buhari will on Friday sign the revised 2020 budget into law following its passage by the National Assembly last month.

This is according to a statement issued on Thursday evening by the Presidency in a tweet on its handle.

The passage of the revised figure, which is to be issued from the Consolidated Revenue Fund, followed the consideration of the report of the Senate Committee on Appropriations on the Appropriation Act (Amendment) Bill, 2020.

The Federal Government had in April, cut down the 2020 budget by over N320 billion and proposed a new budget of N10.27 trillion against the N10.59 trillion passed by the National Assembly.

According to the government, this cut is based on the global economic realities as a result of the COVID-19 pandemic as well as recent crisis in the oil market.

The Minister of Finance, Budget and National Planning Minister, Zainab Ahmed had in May said a further downward revision will mean that the Federal Government has now dropped the benchmark from an initial $57 per barrel to $30.

Mrs Ahmed also said the FG plans to cut oil production to 1.7 million barrels per day (mbpd), from the 2.1 mbpd previously proposed in the budget.

“We are in the process of an amendment that is bringing down the revenue indicator to $20 per barrel,” she said.

Related Topics:PresidencyNigerian Budget
Up Next